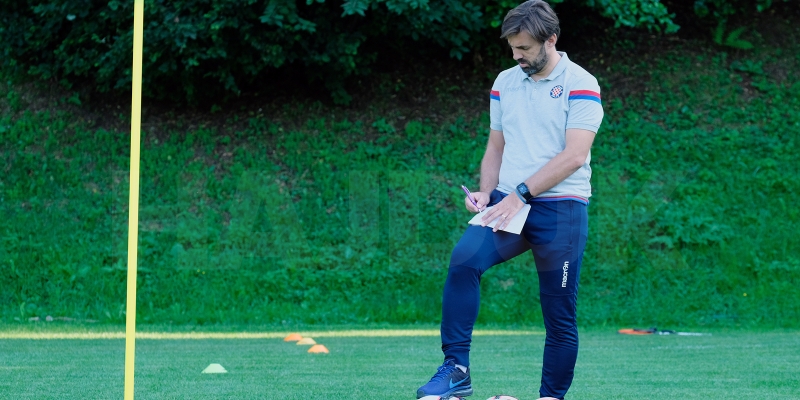 Coach Kopić after Rubin: There are reasons for optimism

Hajduk won the fifth out of six pre-season matches, this time against a very respectable Russian team Rubin Kazan. Željko Kopić's team beat them 1:0, only Ivan Delić scored, but the most delightful is the fantastic football that they presented during all ninety minutes.

"We finished this week as we planned, all the training was done as we wished, we played two games against the Ukrainian and Russian first league teams and I'm really happy how we did it. Today we have absolutely controlled the course of the game, we created a whole series of chances against an opponent that was focused on defending, which made it difficult to break their block and at the same time keep such a high percentage of ball possession and stability during their counterattack. In general, we have many reasons to be happy about the complete preparation period" said Hajduk's coach Željko Kopić after the match with Rubin.

He was especially impressed by the way young players played in the last twenty minutes of the match.

"We are insisting on energy all the time, sometimes it will be better, sometimes worse, but it also depends on the profile and condition of a player. Today there was a lot of pressure, we quickly returned the ball to our possession, the young players followed the plan, they brought high energy and the spectators noticed it and gave us support".

There are twelve days to the first official match, and there are reasons for optimism.

"Of course there are many reasons for optimism, we've really seen a lot of positive things, but such thinking will not lead us in the wrong direction, because we work all the time in a way that we are focusing on good things, and we are trying to correct those that are not so good. We will persevere on this and for now things look better day by day".