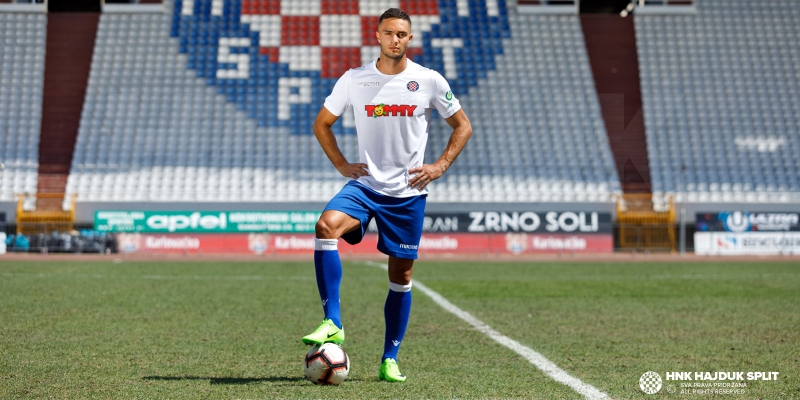 Bassel Zakaria Jradi is a new player of Hajduk, a 25-year-old winger comes from Norwegian Strømsgodset, and signed a contract with Hajduk for two years with the option of one year extension. Bassel will wear a jersey number 93.

He is a Lebanese native, born in Copenhagen, Denmark, where he started his career at the local low division club B93, and his senior debut was for Danish AB after which he moved to the First League club FC Nordsjælland.

In 2013, Jradi moved to the Norwegian Strømsgodset, from where he soon went on loan to Lillestrøm for which he collected 26 appearances and scored four goals, adding three assists. After that he returned to Strømsgodset for which he has played 31 games last season, scored 12 goals and added seven assists. In the current season, he played 16 games for the Norwegian club and scored four goals, adding one assists.

At the younger age he regularly played for Denmark U-16, U-17 and U-21, and later decided to play for A team of Lebanon for which he has two appearances.