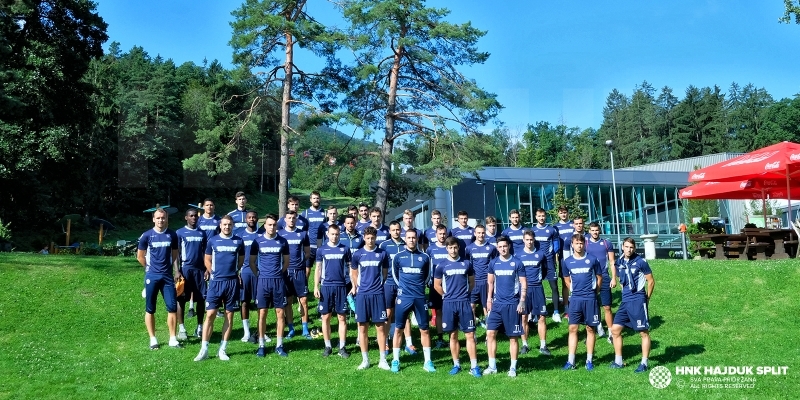 Hajduk played a total of eight friendly matches during the preparations for the new season, which began on June 18 by gathering at Poljud. Željko Kopic's team collected seven wins, while one game ended in a draw.

The first team showed exceptional efficiency in the pre-season period, they scored 26 goals with only two conceded. The first two matches were played in Dugi Rat and Split. In the first match Hajduk defeated Orkan 9:0, and shortly after they defeated the Polish football club Górnik Zabrze 4:0 at Poljud.

Hajduk then went to the central part of preparations to their traditional base in Mariborsko Pohorje. In Slovenia and Austria, they played six games against Verea, Rudar, Zorya, Rubin, Drava and Rostov. Out of these, they won five matches while only with Rudar Velenje the match ended in a draw although by the number of created chances, Hajduk deserved to win that game too.

The preparations have been lasting for four and a half weeks so far and the team worked very well, they had a series of hard training sessions and good matches against high-quality opponents. Željko Kopic's team in these matches showed great stability and high efficiency with a brilliant play based on aggression and ball possession. Today, Hajduk continues training in Žrnovnica, where they will work on Monday too, while in the last two days before the game against Slavia Sofia they will train at Poljud.