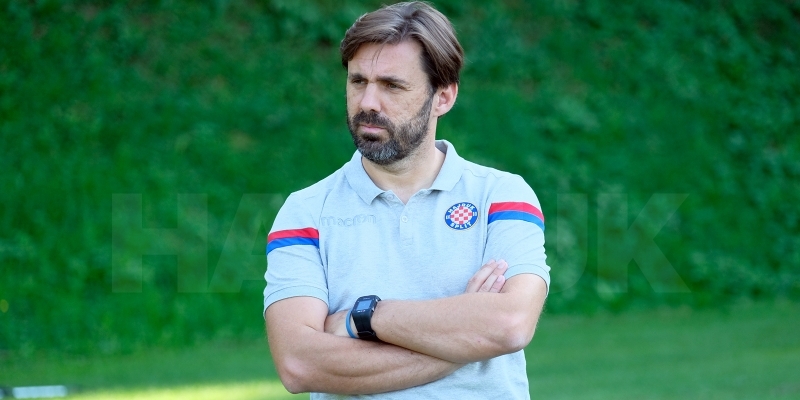 Coach Kopić: We ran a lot and created many chances

Hajduk concluded pre-summer camp in Slovenia with a convincing victory against Russian Rostov, ahead of the start of the new season. Coach Željko Kopic is very satisfied with the way the team worked on the preparations and with their approach in all six games played in Slovenia and Austria.

"I'm very pleased with how the things were going this week, during which we played two games. We played against Rostov on a high level, the players ran a lot, they kept possession, which resulted in four goals, and I am pleased with the fact that we have created a great number of opportunities. We entered strongly in the duels, won and kept possession and determined the rhythm of the match. Generally, this was a very good match" the coach said after the final friendly match against the Russian First League team.

He especially emphasized the player's approach during preparations in Slovenia.

"Overall, I think we are very well prepared, we worked very well and hard. Players will have a free day on Saturday and starting from Sunday, they are continuing with training and final preparations before the start of the season. Our goal was to get the maximum out of individuals, but for team play. I think we have managed to do this, but there is still room for improvement".

He also commented an opponent in the Europa League second qualifying round, the Bulgarian Slavia from Sofia.

"My assistants Toni Golem and Zlatko Bašić watched their matches with Ilves Tampere. We have to do the analysis of  that, we will be prepared well because our goal is to progress to the next round. It's going to be my first Europa League match, it's a nice feeling, but for me it's a match like any other as a coach of Hajduk, just as important, which is why I want a good game and a positive result" Kopic concluded.