This decade featured four national titles and five cups, the latter won in an unheard-of five successive years. The first sign that days of pride and glory were coming for Hajduk was the 1971 championship, sensationally won after a sixteen-year dry spell. Managed by Slavko Luštica and led by young stars such as Jerković, Jovanić, Lemešić, Džoni and Buljan, along with the more experienced Vukčević, Hlevnjak, Nadoveza and Pavlica, the team and its matchless flowing game became an iconic symbol of Dalmatia.

Along with the title, Hajduk once more had the league's top goalscorer, again Petar Nadoveza, this time with twenty to his name.

Strange events surrounded that season's game between Hajduk and OFK Belgrade, which was interrupted at a moment when the score was tied at two. Serbian referee Pavle Ristić, who had brazenly stinted the Whites several times during the match, was hit in the head by an object thrown from the crowd. The initial ruling was to cancel the match and award the Belgrade team an administrative 3:0 victory. The decision caused widespread unrest and public protests in Split and all over Dalmatia, even cars with Serbian license plates were thrown into the sea by cheering crowds. Following an official appeal, the game was eventually ruled to have finished 2:2, although it was never actually completed.

In the fall of 1971 began the long, sad sequence of Hajduk's good performances in European cups followed by untimely, unfortunate exits. A promising 0:0 draw in Valencia came before a 1:1 home draw, which saw the Spaniards progress on the away goals rule. Another sequence was also begun in the same year, that of Cup victories. Dinamo was overcome with 2-1 in that year's final, a game memorable also for being the debut of young coach Tomislav Ivić.

The more experienced Branko Zebec returned to the bench the following season. He led Hajduk to the semi-final of the Cup Winners' Cup. After a 0-1 setback in Leeds, the Whites could only manage a scoreless draw at home, despite missing many clear-cut scoring chances.

In 1973 Ivić came back as coach, promoted from heading the award-winning youth academy. He knew what potential lay in the youngsters which had been in his charge, and immediately gave many of them a taste of first team action. This bold decision brought immediate returns beyond the fans' wildest dreams, with an amazing two Doubles won in succeession, in that season and the following one. The time had come again for the fans to know and recite the names of the entire first team by heart: Mešković, Džoni, Rožić, etc.

The Whites' maiden Champions Cup outing began with an easy elimination of Iceland's Keflavik. The next round paired Hajduk with the formidable St. Etienne of France. A stellar performance in the first game in Split produced a victory of four goals to one. The return leg, played on November 6, 1974, however, turned into a nightmare, as the French team progressed after a five-one extra time victory.

The following season saw Hajduk go a step further in the Champions Cup. After eliminating Floriana of Malta and Racing of Belgium, extra time again proved Hajduk's undoing, as the Dutch team PSV Eindhoven won by three goals to zero, annulling their 2-0 deficit from the first leg in Split.

In 1976, Hajduk was set to celebrate an unprecedented third successive Double. However, this championship is another one that lives on in infamy. Hajduk, tied in points with Partizan Belgrade, could only manage a draw in the last round. Partizan played their last game, away in Ljubljana, at the same time, supposedly to assure fairness. However, those were the days before the length of stoppage time was announced beforehand. The Serbian referee of the Ljubljana game, one Maksimović, abused this and let the game go on and on, long after Hajduk's match was finished and its result known – only to call full time as soon as Partizan scored the vital goal which brought them the title.

In the two seasons that followed, Hajduk played in the Cup Winners' Cup. A Round of 16 elimination to Atlético Madrid was followed by a Quarter-final penalty-shootout exit at the hands of Austria of Vienna.

Ivić returned to the bench in 1978, masterminding another championship title. This did not seem very likely at midseason, when fans' favorite, skilful striker Slaviša Žungul, left for the United States.

The title victory was a fitting farewell to Stari plac, the legendary Old ground, where Hajduk's flag was lowered after sixty-eight years.

Hajduk then moved to its present home at Poljud, where the opening match took place against Turkish champion Trabzonspor, before a crowd of fifty thousand. Boro Primorac scored the game-winning goal from the penalty spot, sending the club on its way to a successful Champions Cup campaign.

In the Second round, the Whites saw off Vejle of Denmark with an emphatic three-nil victory. This brought Hajduk to the Quarter Final, a competition level never reached before. Barring the way to the semis was one of Europe's strongest sides, the German team HSV of Hamburg. In the first leg in Germany, the Whites succumbed to a 0-1 loss, the goal coming after a clear foul by Horst Hrubesch on Hajduk's eighteen-year-old debutant goalkeeper Ivan Pudar. The game was memorable also for the excellent performance by Boriša Đorđević, whose marker, Manfred Kaltz of the (West) German national team, simply could not cope with him. Great expectations were placed on the return leg, as it was understood the team could go all the way if they only made it to the semis. Amid great excitement and superb performances by both teams, a missed penalty eventually meant that a 3-2 victory was not enough for progression. 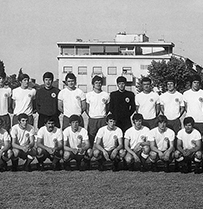 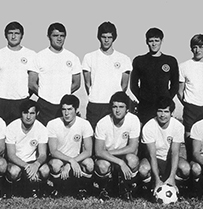 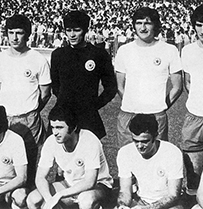 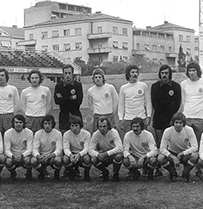 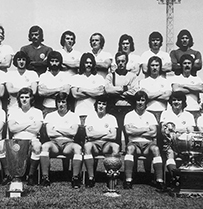 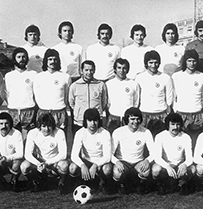 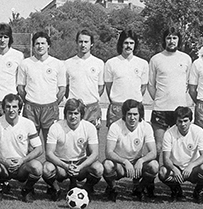 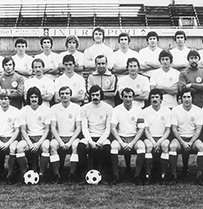 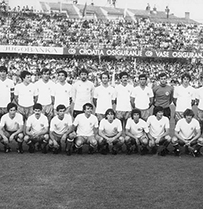 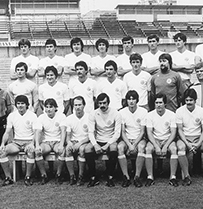 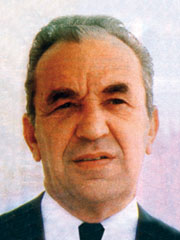 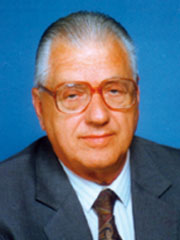 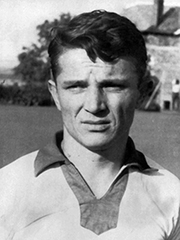 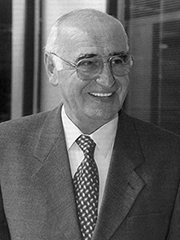 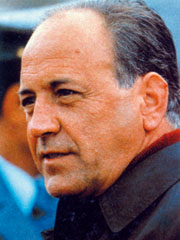 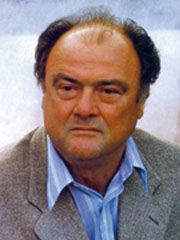