Split is a city of sports, of the art, of a rich history and cultural heritage. However Split is also a city of youth, a city with a heart, and splended beauty.

One of Split's premier landmarks, is the famous Poljud Beauty.

The city stadium was built in 1979 in the scenic neighbourhood of Poljud. Its delicate shell-like construction, positioned almost right by the sea, blends perfectly with the city's Mediterranean visage, as though it had been here since forever. Its functional and technical qualities make it comparable to any football stadium, anywhere in the world

Many events have taken place on this great stage, starting with the 1979 Mediterranean games, followed by athletic championship where world records were broken. Of course, this is where Hajduk hosted elite of European and world football. Poljud has ever been a place of cheering and great joy, but also of frustration, as Split has a very temperamental fan base, extrovert and defiant. This is the home of celebrated Torcida, faithful followers of Hajduk's victories and defeats 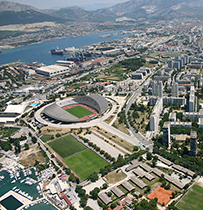 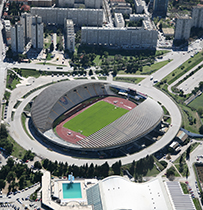 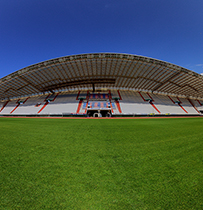 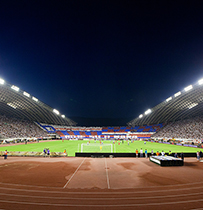 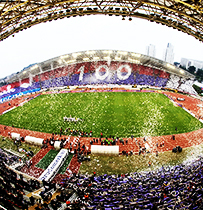 This magical stadium, lit with 630 floodlights, appears in nighttime as like some spaceship has just arrived to Earth. It is known for being, among other things, one of the best-lit stadia in the world. Poljud was built for the 8th Mediterranean Games, which took place in 1979 in Split, and many venues were constructed at the time. First and foremost among them was the stadium, often referred to as a "wonder" at the time.

The author of the project, Dr. Boris Magaš, has created a magnificient concrete construction, with a fascinating dome span which stretches over the East and West stands. The seating capacity of Poljud Stadium is 35 thousand. The atmosphere of a packed Poljud is indescribable: it must be felt and experienced, along with the immortal Hajduk.