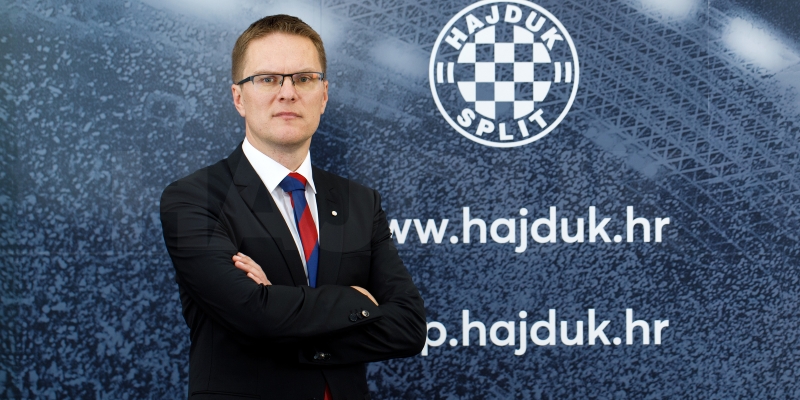 Valdas Dambrauskas is the new coach !

Valdas Dambrauskas is the new coach of HNK Hajduk. He has signed a contract until the summer of 2024.

Valdas Dambrauskas was born in Pakruojis, Lithuania on January 7th 1977. He started his coaching career in the academies of english clubs  Fulham, Manchester United and Brentford. From 2007. till 2010.  Kingsbury London Tigers hired him as a senior team's coach.

Next two years, Dambrauskas was a coach of Lithuania U-17, and U-19 national teams. In 2014. he became a coach of Ekranas, and very soon team manager of Žalgiris. The club from Kaunas, led by him, won three championship titles in a row.

After that, Dambrauskas  was also a coach of lithuanian RFS, croatian Gorica, and bulgarian Ludogorec.