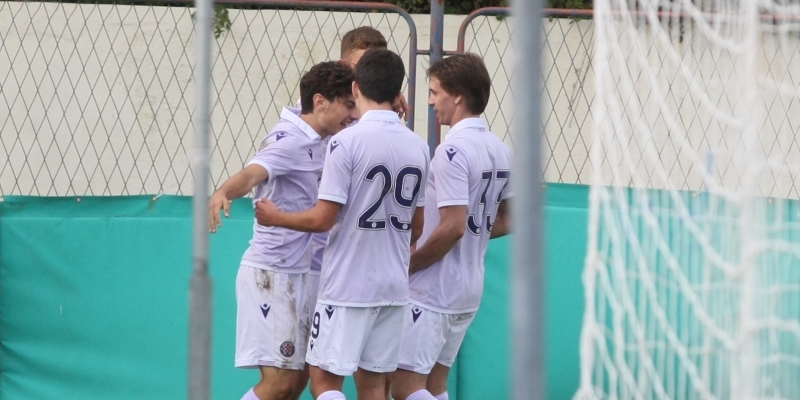 Hajduk's second senior squad once again goes home with three new points that they earned on an away game. In the round 12, Hajduk played against a neighbouring Solin and we saw a great game with five goals. Hajduk dominated most of the match but the home team also had their periods of good game and showed that they will fight for each point bravely, despite their difficulties that they are currently experiencing.

Hajduk took a lead in the 30th minute when Martinović crossed to Blagaić. Filip Kosić awaited for his centre shot and scored a header from 12 meters. In the 65th minute, Blagaić scored a very attractive goal for 0:2 from 25 meters, after the ball deflected from the goal post and entered the goal. Solin didn't give up and came into a chance to score only a few minutes later, when Tomić scored for 1:2. In the 82nd, Pezo fouled Blagaić and got cautioned, Blagaić took a free kick and scored another goal, for 1:3. The final resutl was set one minute before the full time, when Jelavić scored for 2:3.