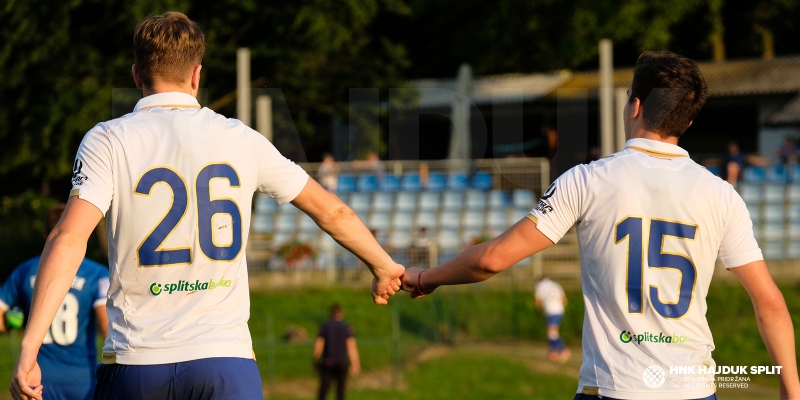 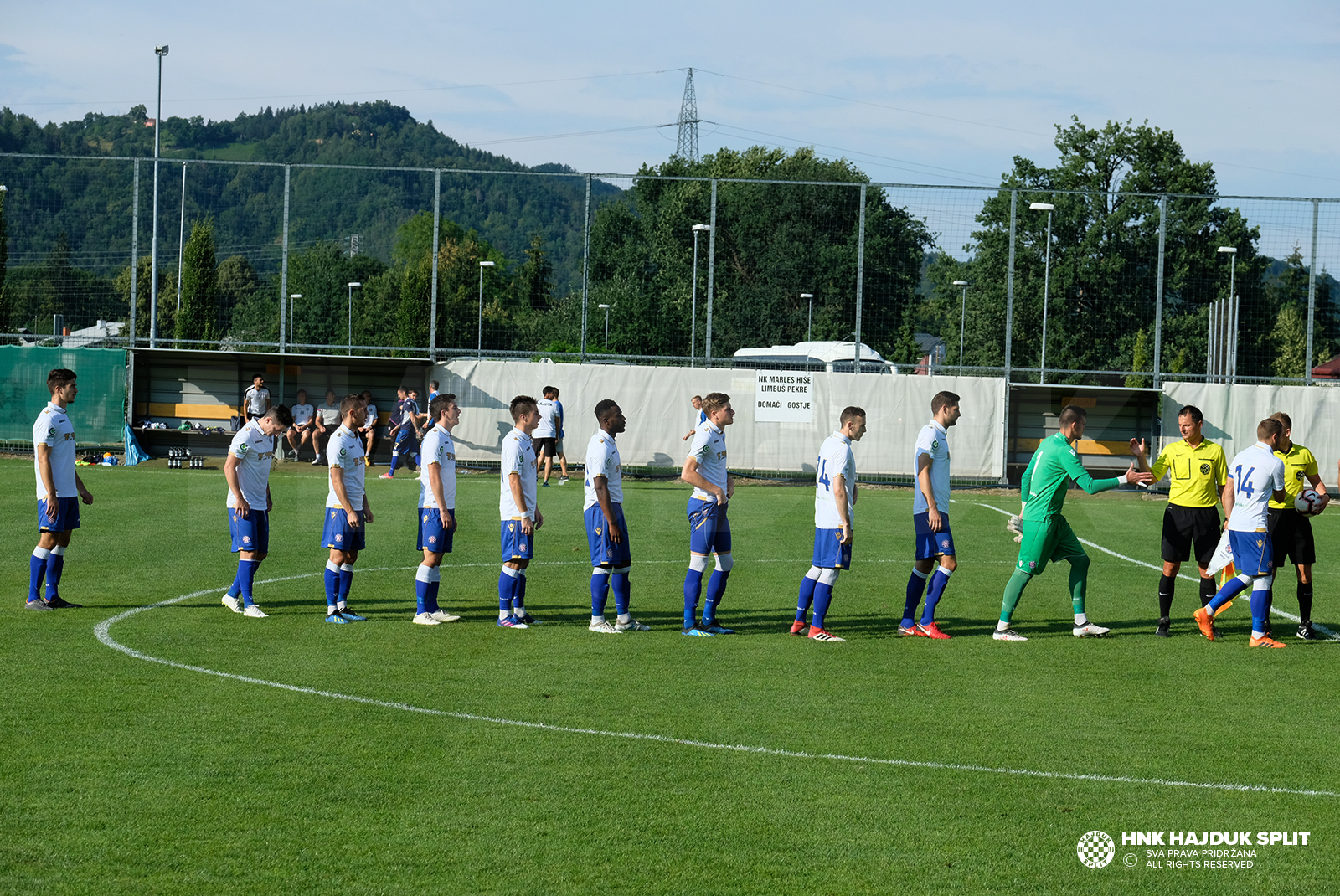 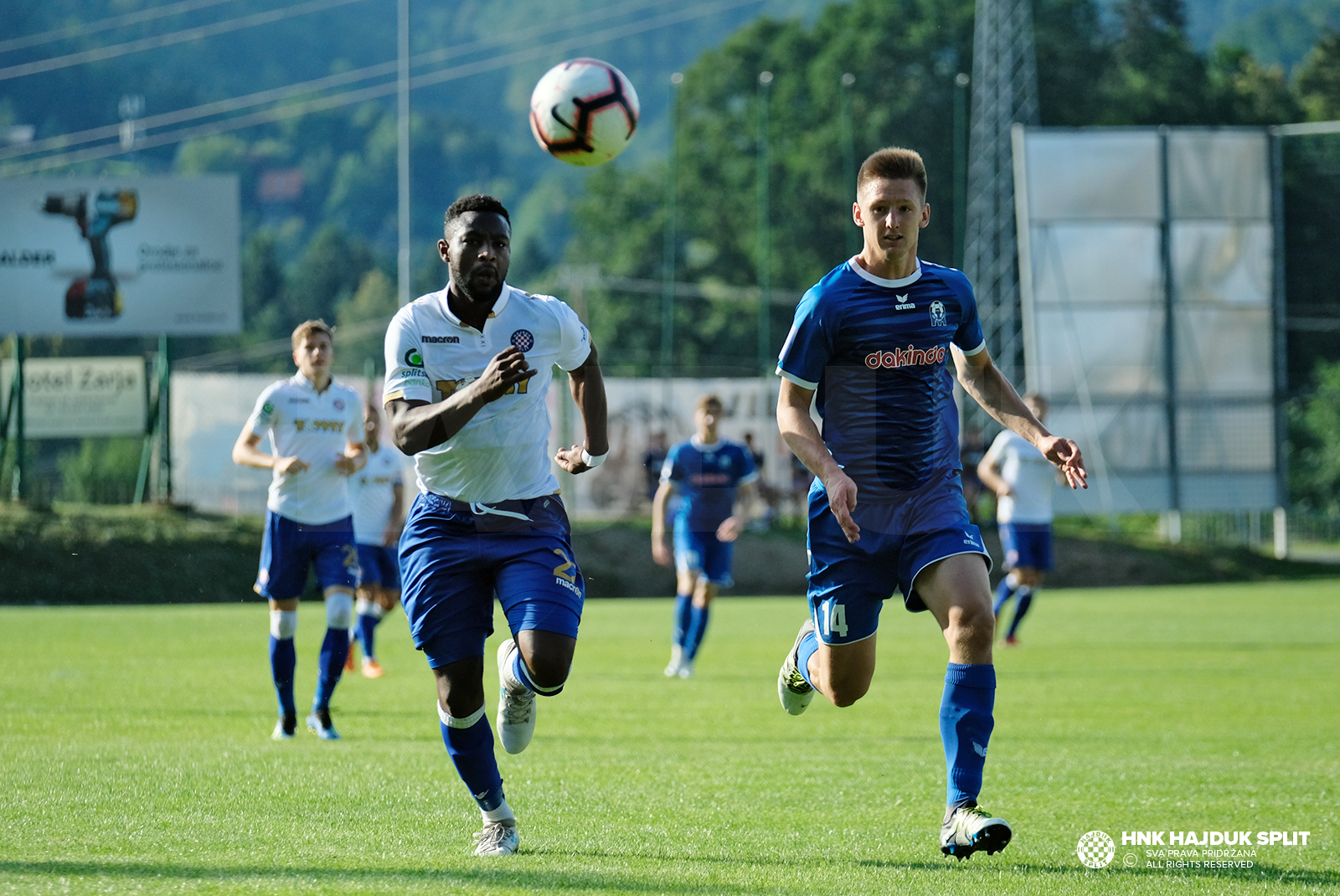 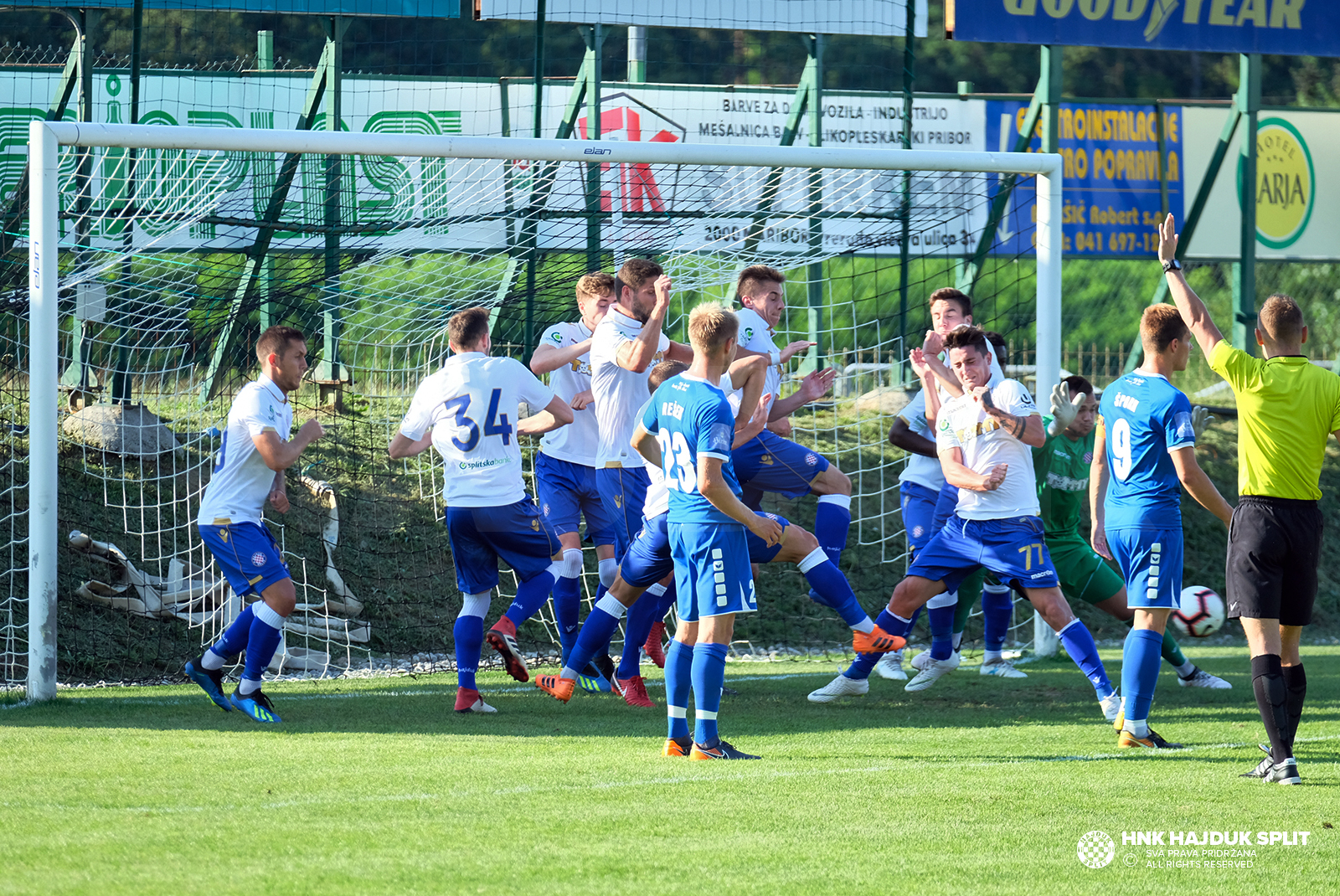 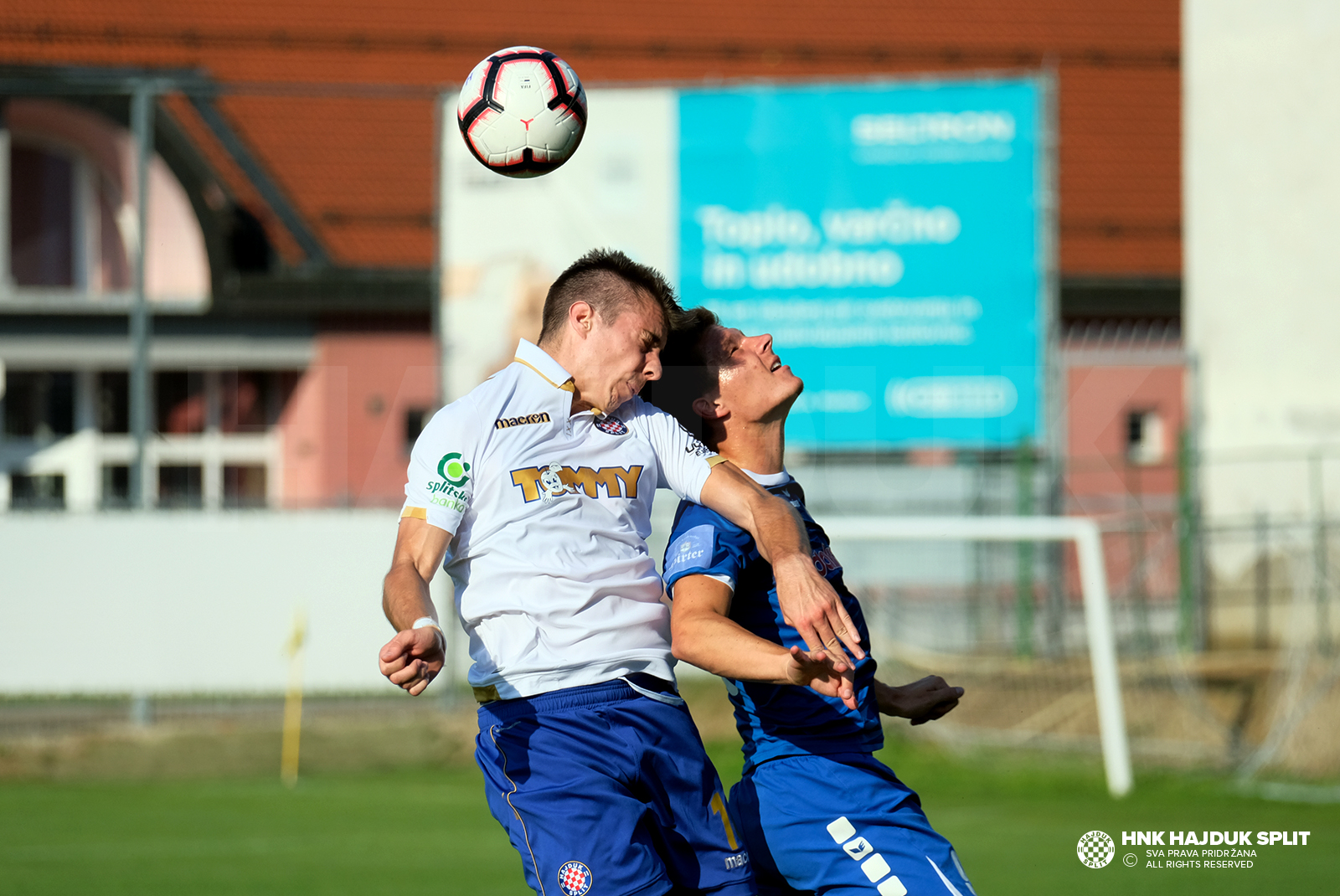 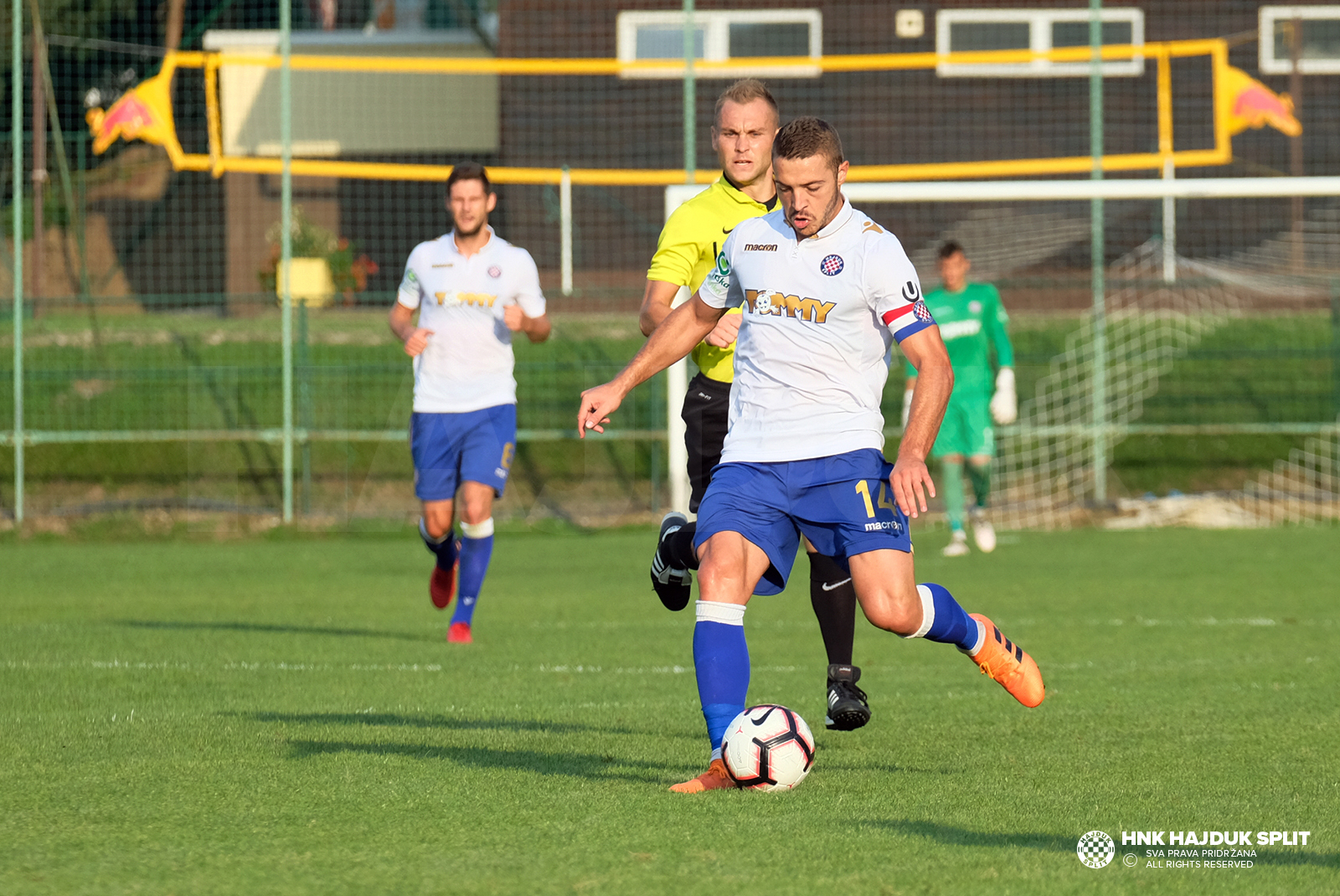 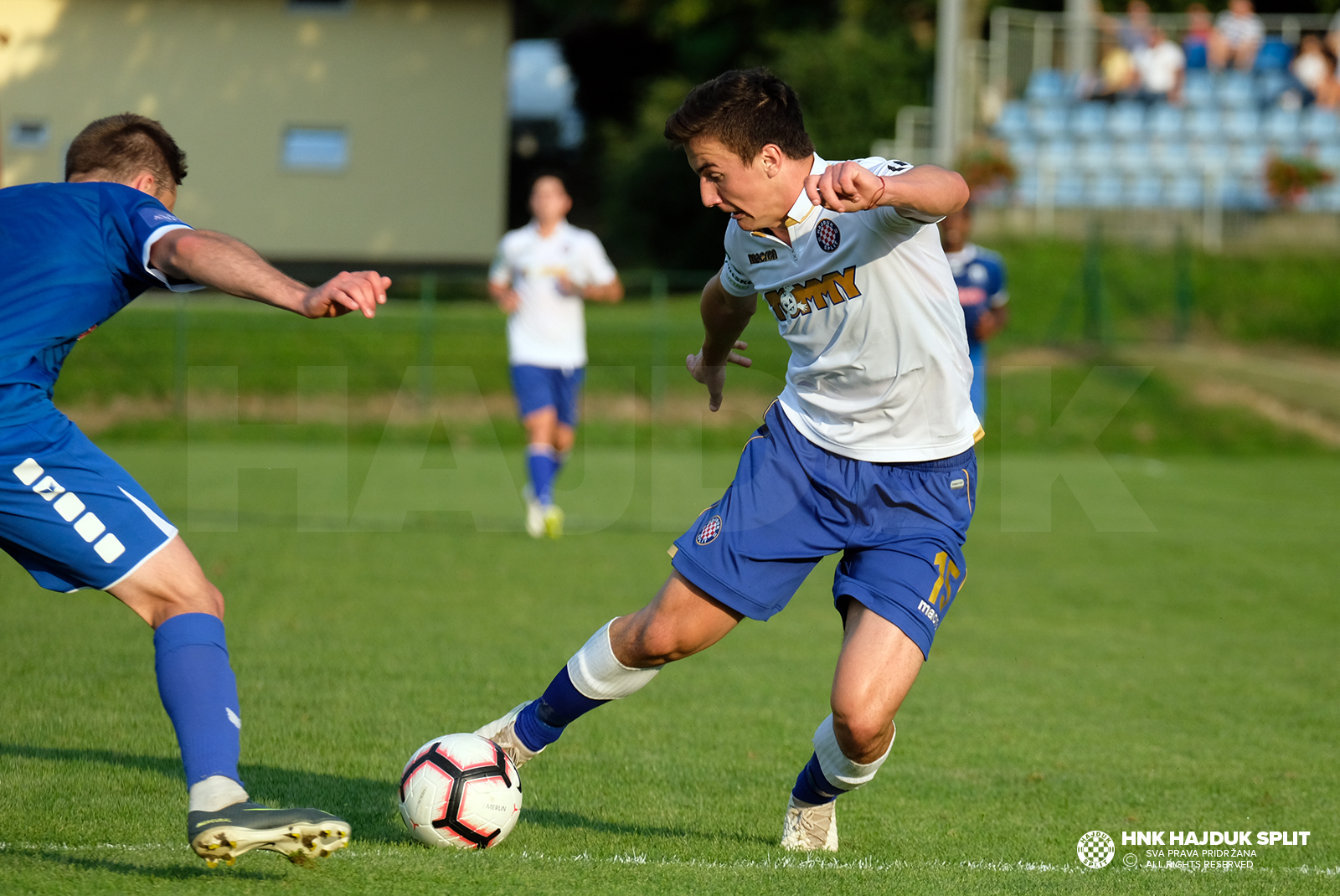 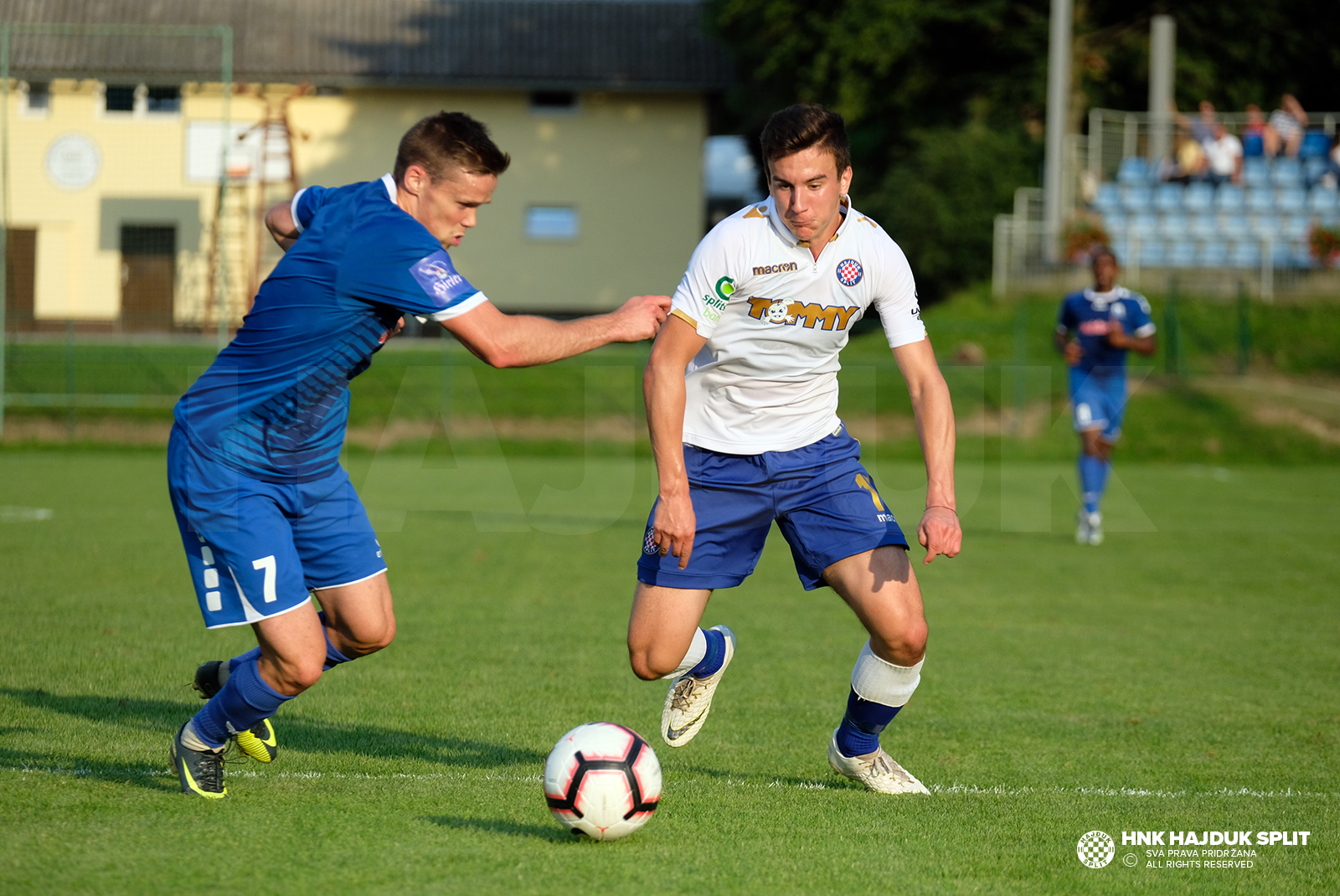 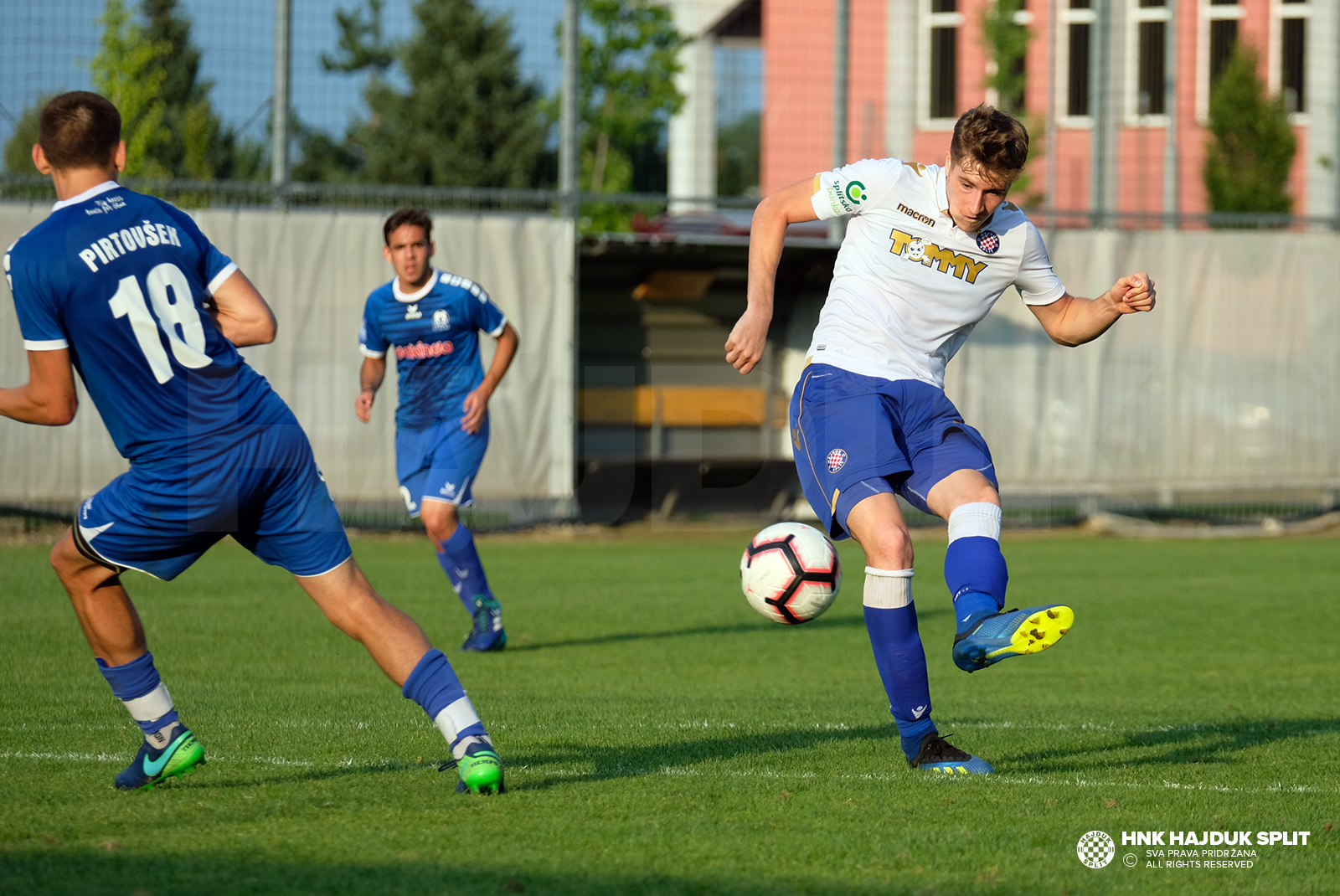 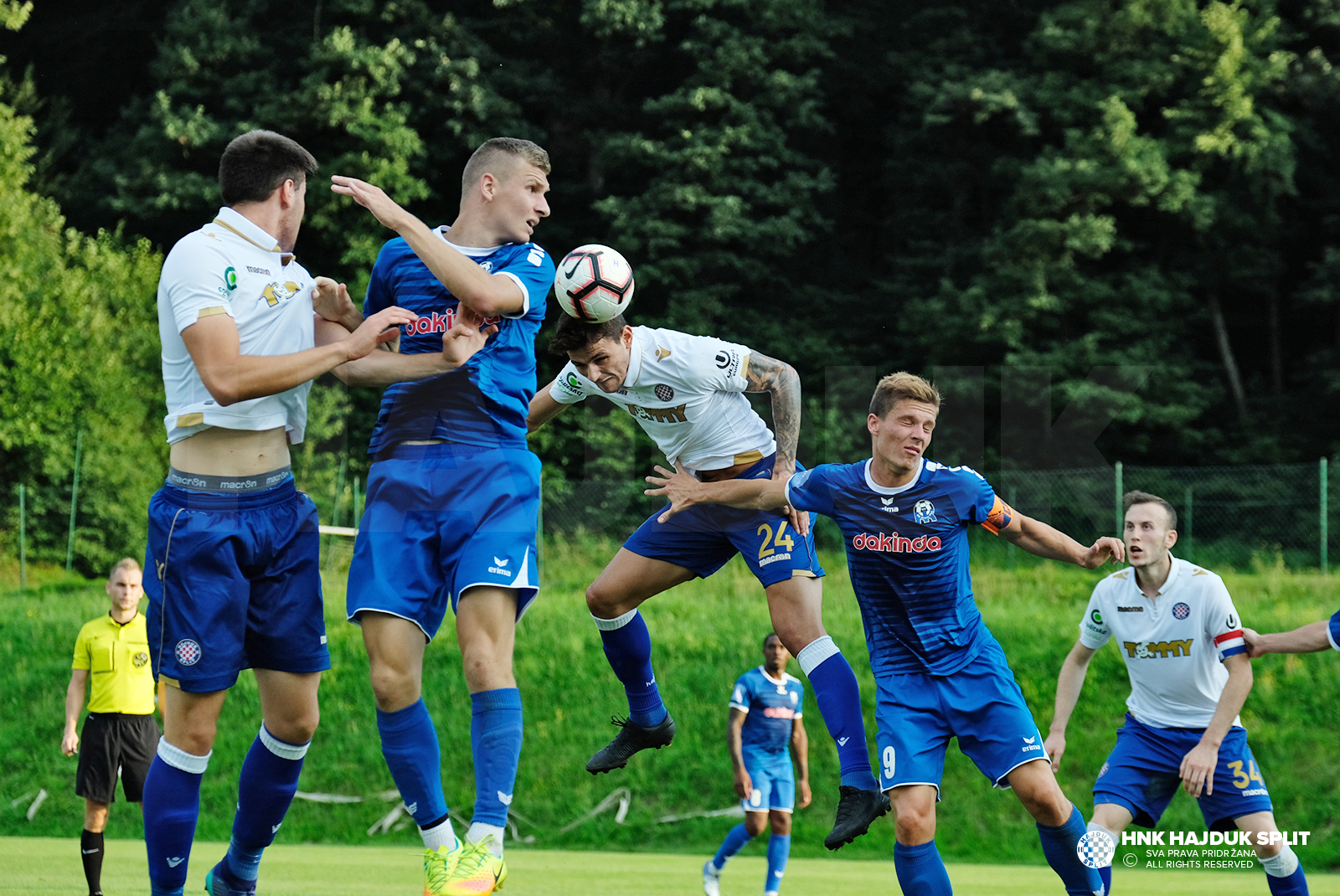 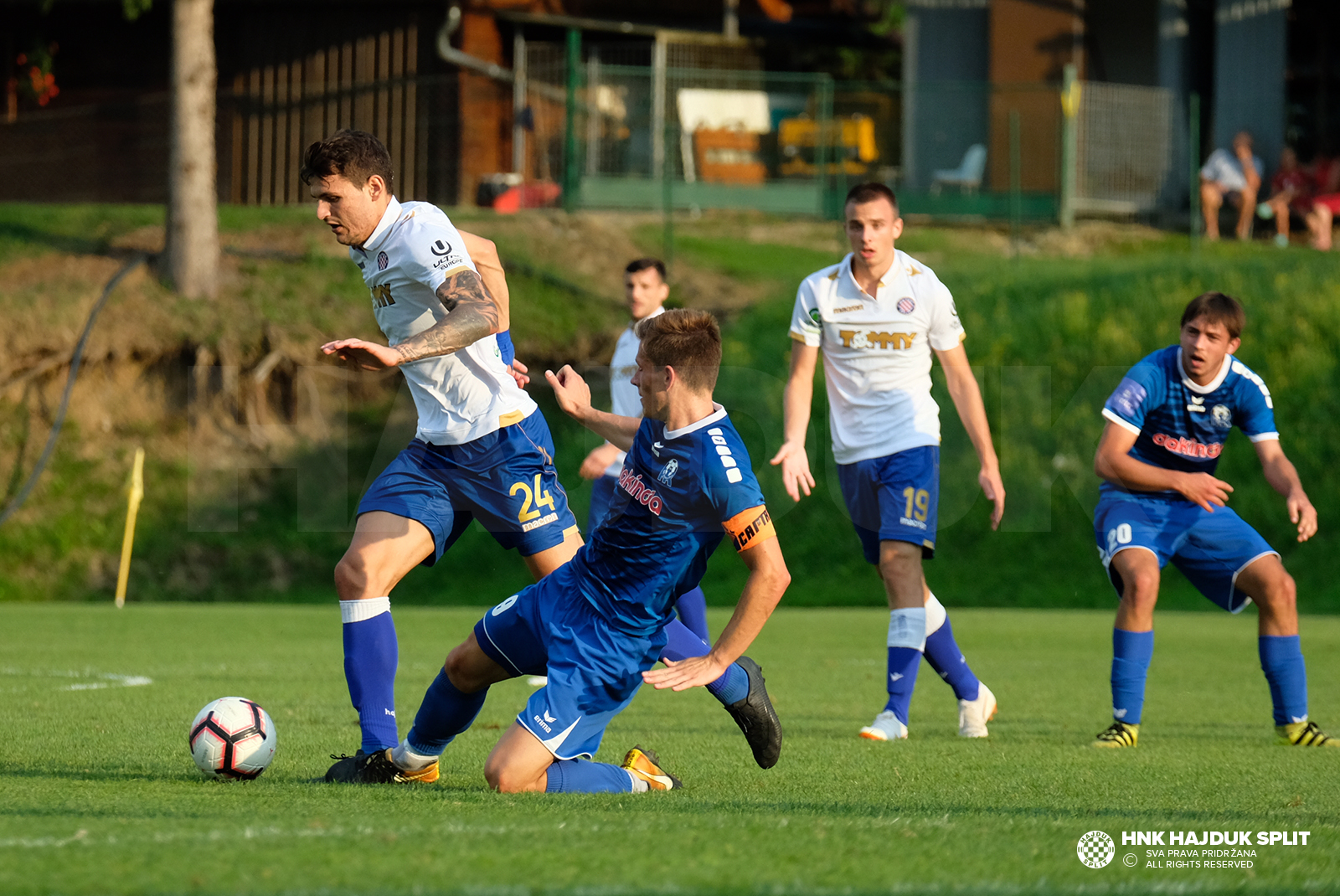 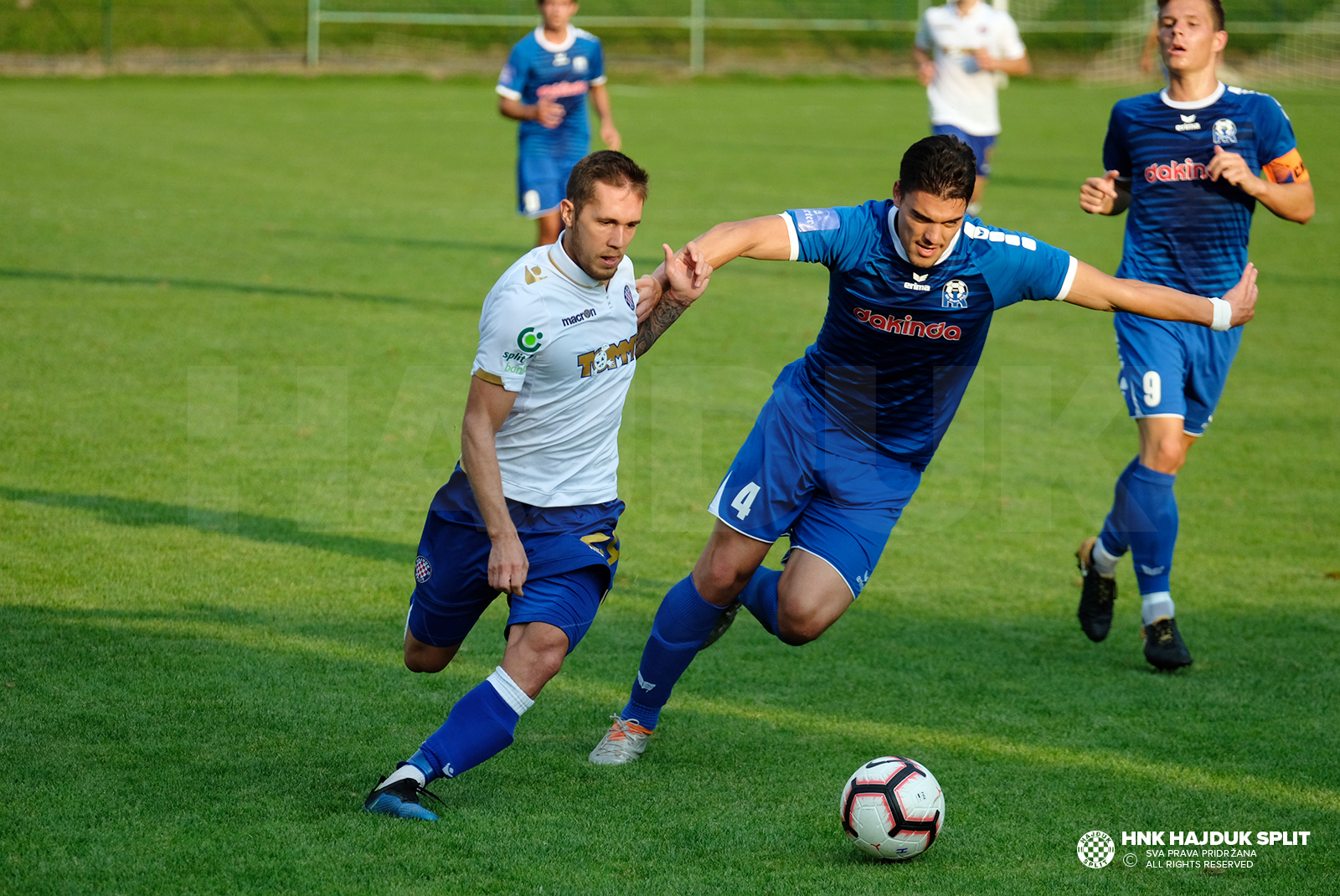 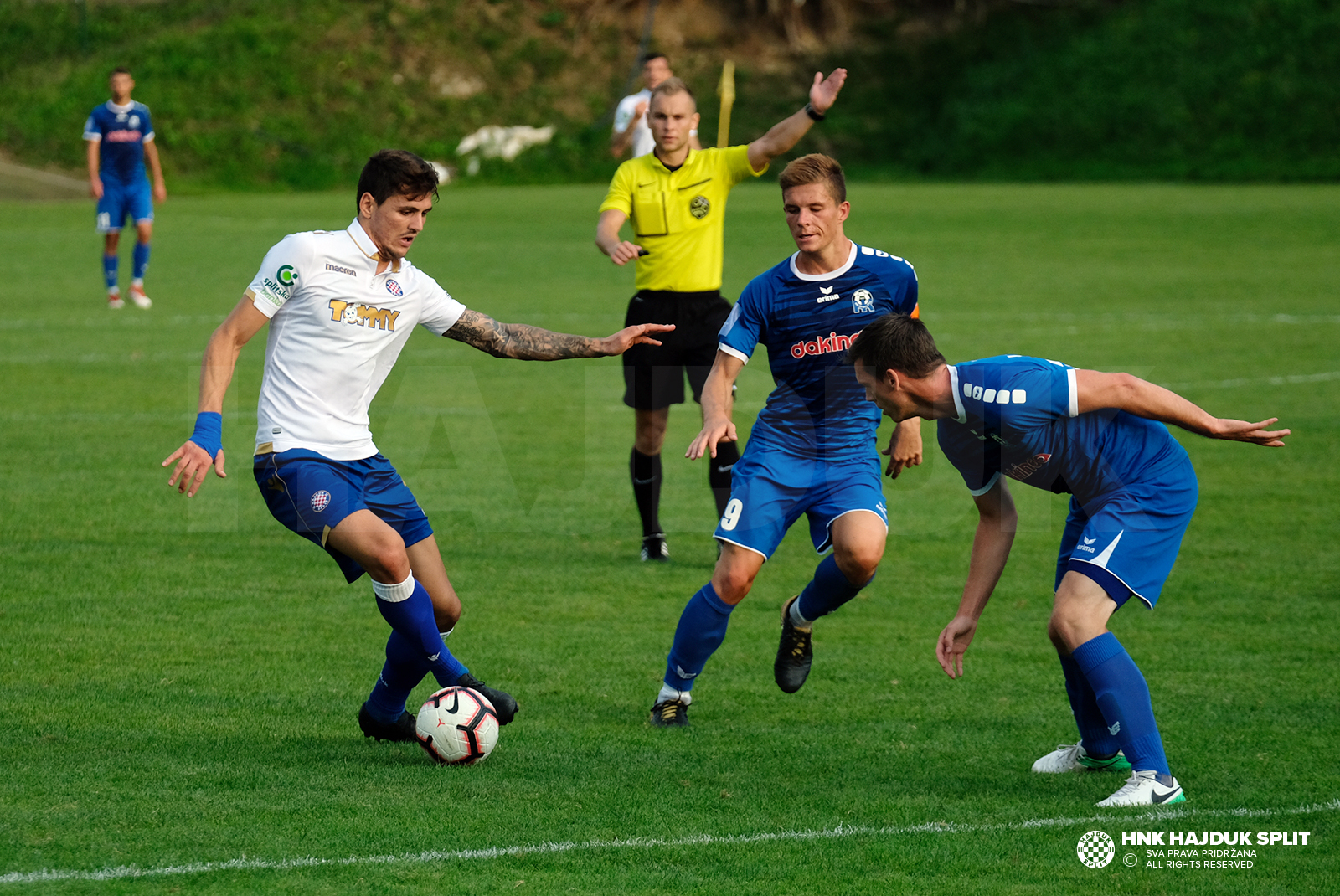 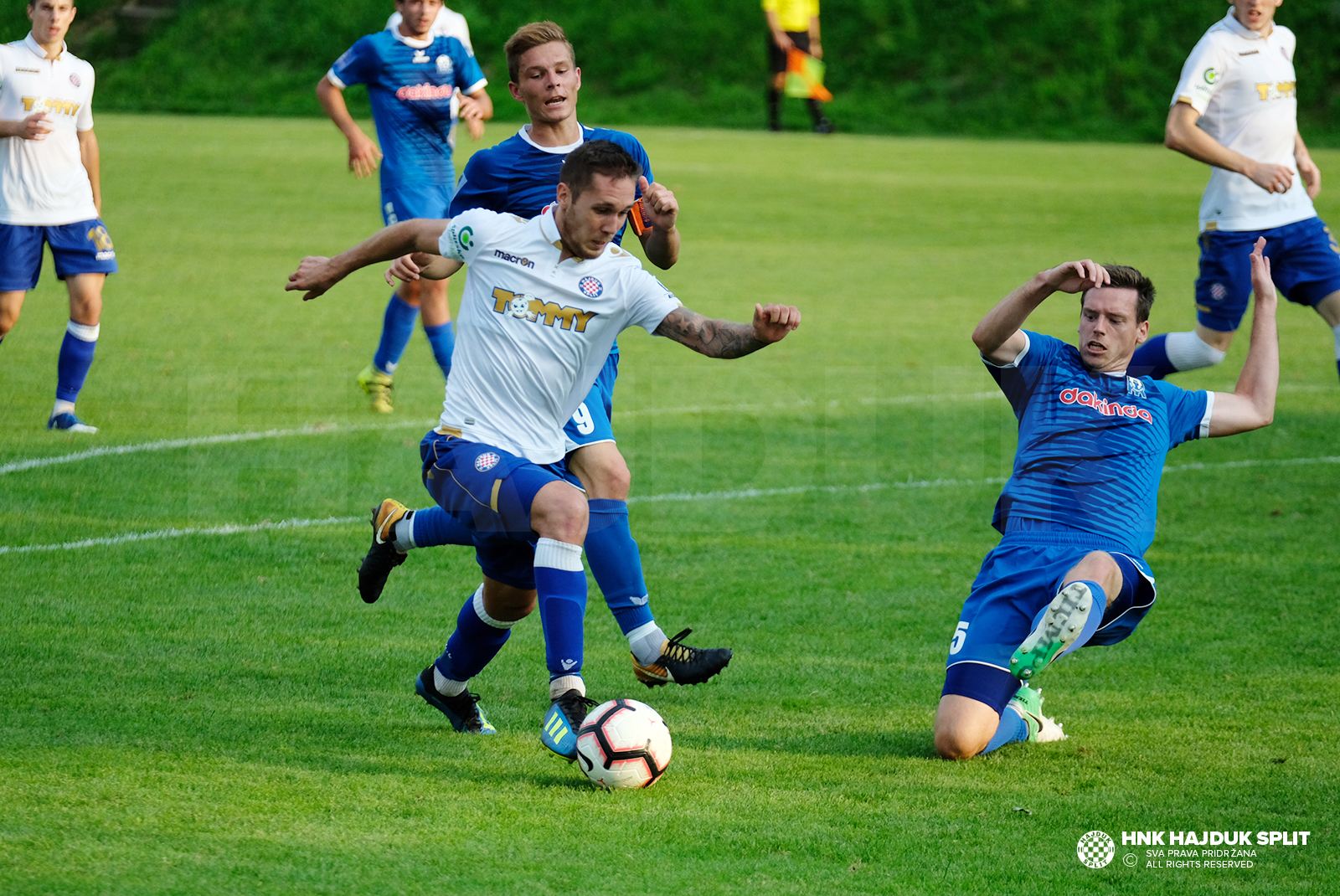 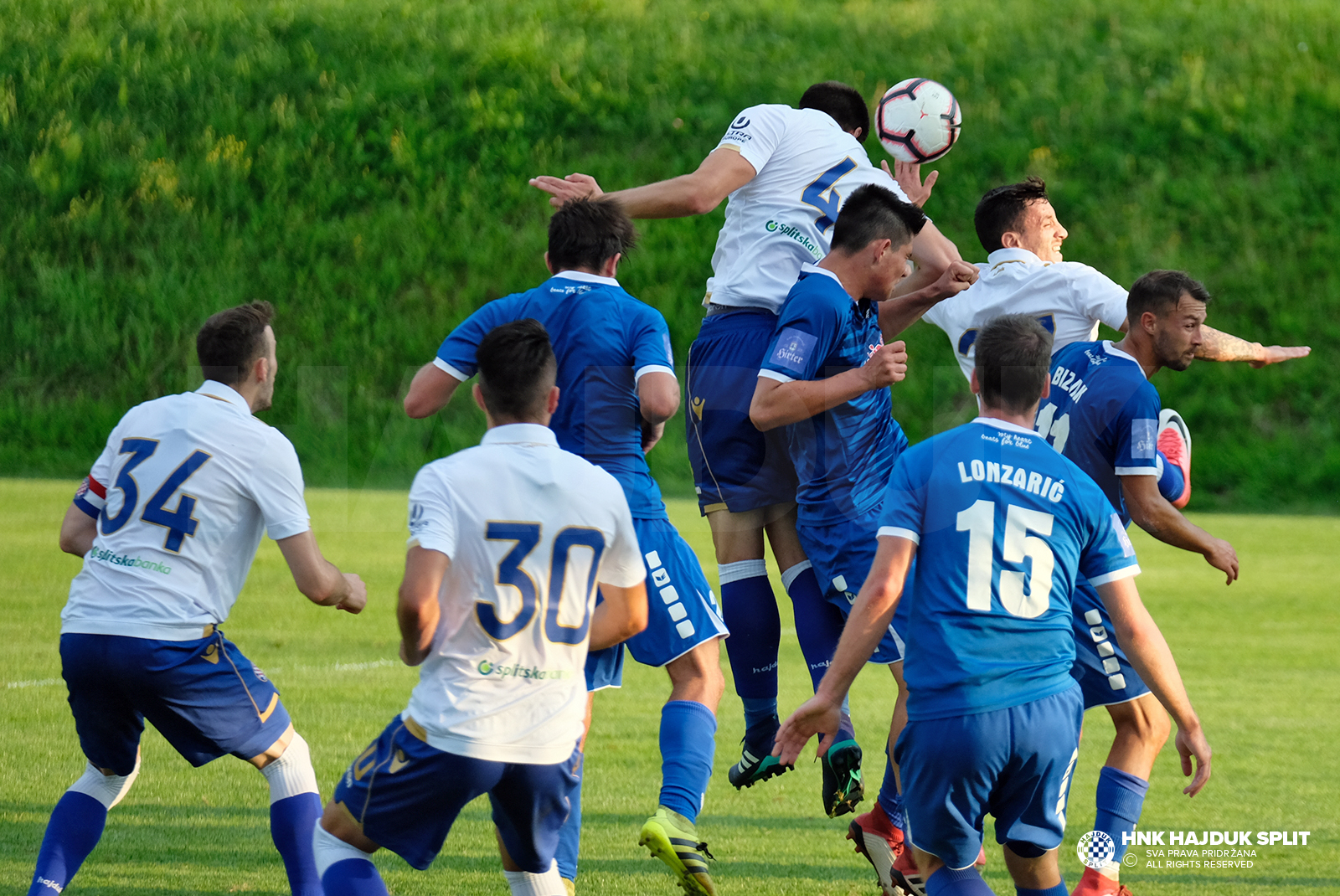 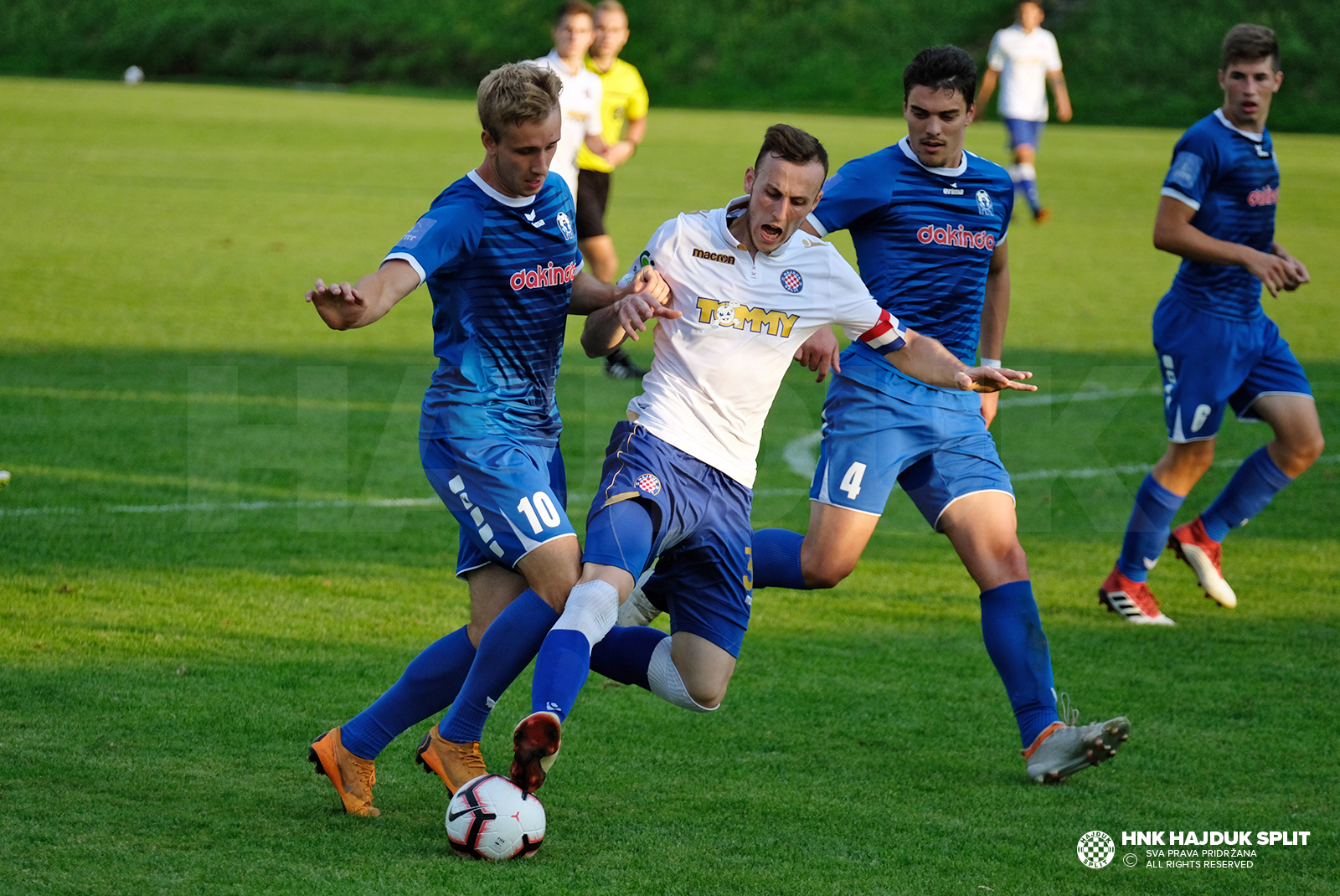 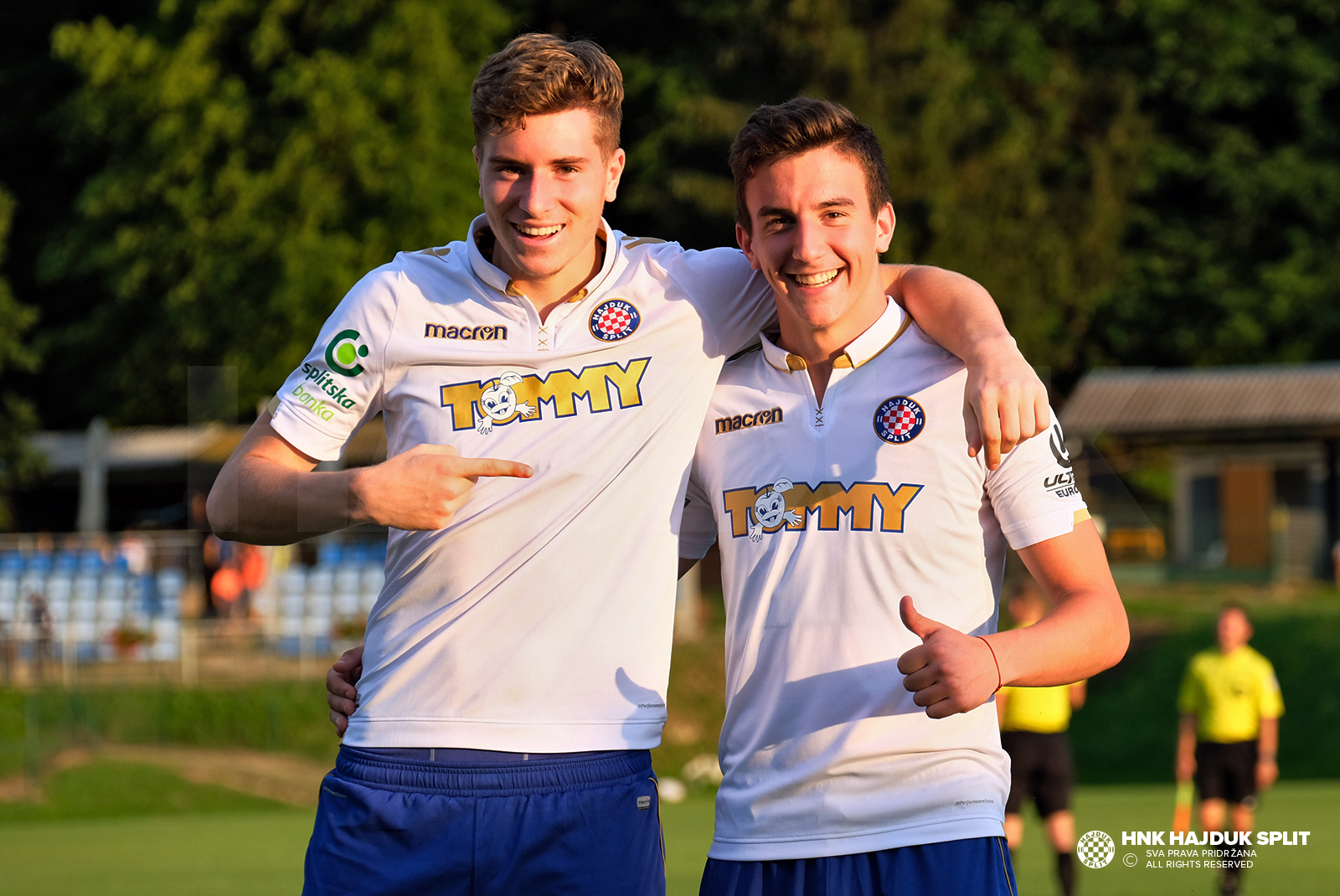 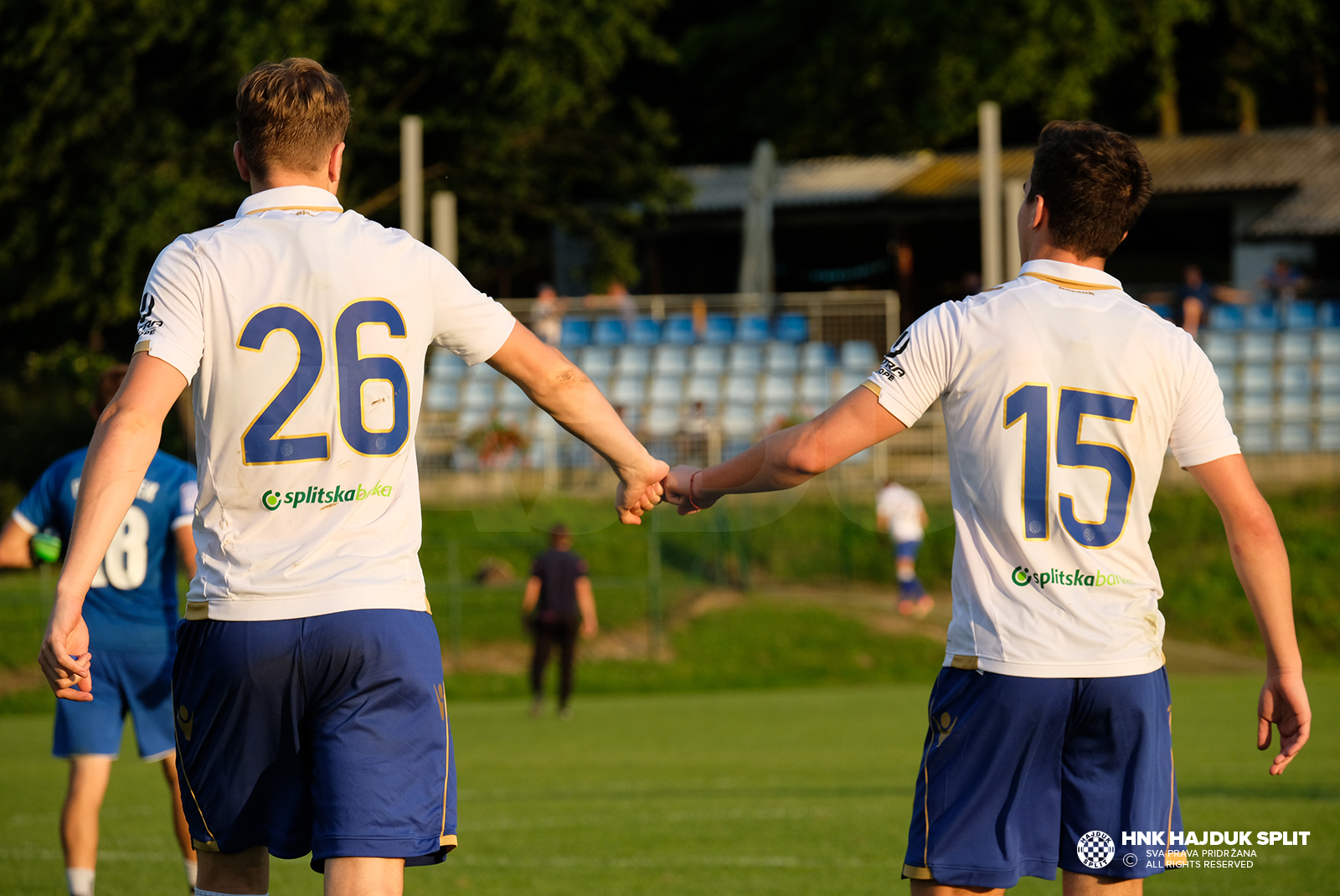 90 End of the match in Limbuš. Hajduk celebrated 1:0 against Drava.

86 Špikić shot from 18 meters, the ball passed a bit wide on the right.

80 Bradarić solved a potentially danger situation for Hajduk. He tackled a froward of Drava while he was crossing alone towards the goal.

71 Šehić crossed on the right and returned the ball to Kreković, who shots from 12 meters while losing balance but Šeliga saves reflexively.

65 Šehić passed to Jurić on the right and he shot wide from 7 meters.

55 Šehić passed from the right but Drava goalkeeper clears the danger before Delić and Šego got to the ball.

44 Šego passed to Bašić, whose shot from 16 meters went wide.

38 Šehić got to the ball at 14 meters after Toma's pass, he shot immediately but Petek blocks his attempt next to the goal-line.

28 Said's return ball for Beširović resulted in his attempt on goal from 16 meters but he didn't catch the ball well.

22 Toma took a free kick and passed a header to Šego, who didn't manage to shoot on target from 7 meters.

21 Šego left a ball to Said who shot from 20 meters but Šeliga saves.

16 Toma took a free kick but it was not precise enough, no danger for Šeliga.

16 Said fouled at 18 meters from the goal after a good long pass from Radošević. Free kick for Hajduk.

13 Bizjak in action again, this time he shot strongly from 14 meters, wide.

1 The game has kicked-off.