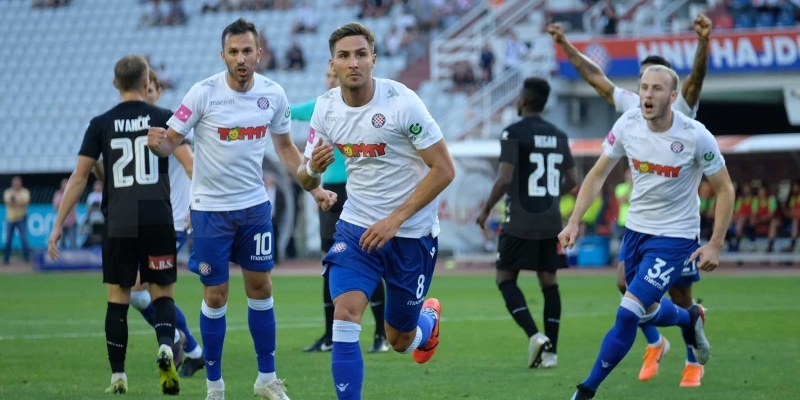 Simić ahead of the Adriatic derby: We are all highly motivated, the atmosphere and our team are great

Stefan Simić joined the rest of Hajduk's first team after an international break during which he was called up to Czech squad for the two EURO qualifying games. Simić was one of the best players of the last derby between Hajduk and Dinamo in which Hajduk beat the opponent 1:0 in Split and took over the top of the national championship table. He is now highly motivated and optimistic ahead of the Adriatic derby at Rujevica that will take place this Sunday, kick - off 19:00.

"It feels great to be on top of the table, I think that we deserved it and this is now an additional motive for the whole team to continue with such results. It's our goal to stay on top as long as possible to demonstrate how good we are. Our first test will be in Rijeka, we also want to make up for the away game in Osijek where we didn't show our best game. The atmosphere in the team is great and we want to keep it that way by winning at Rujevica" said Simić.

Filip Bradarić and Ivan Bulos joined the team while he was not in Split.

"We got two really good players, it particularly refers to Bradarić who has already done a lot in his career, I wish them best of luck and success, also hoping that injuries will not affect them in the future. We really have a great team, there is a lot of positive competition for each place in the team" stressed Stefan, who in the end also commented the invitation to return to Czech national squad:

"It's really great to be back there but it is a result of good matches that I played for Hajduk, which is why I first of all want to thank to all of my coaches and teammates".