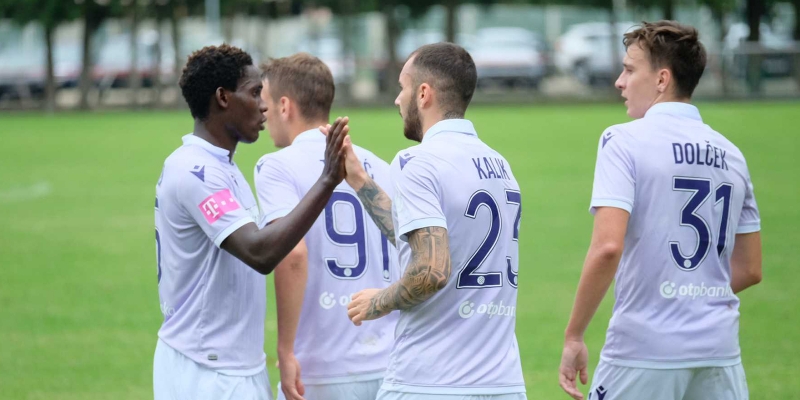 90+1 GOOOOAAAL 0:2 Jairo. A Brazilian took a chance after Mladost defence made a big mistake and easily scored.

84 Stanko Jurić missed a great chance to score on Jairo's cross to the far post. He tried a header but goalkeeper Kovačević had another great intervention and cleared the danger.

62 Hajduk making a substitution: Beširović on, Kalik off.

52 Jairo dribbled past a Mladost defender and shot but his attempt went wide.

46 The second half has started, during half-time, Jakoliš was substituted by Jairo after a tough kick in the ribs for which he could not continue the match.

34 Filipović took a free kick and crossed to Bezić, his header from 10 meters went wide.

32 GOOOOAAAL 0:1 Kalik! Vušković crossed to Kalik, goalkeeper Kovačević saved his header but the ball deflected back to Kalik and this time he scored.

30 Best chance for Hajduk so far. After a corner kick, the ball deflected to Kalik, who dribbled past two defenders and shot from 13 meters but he hit the back of the net.

2 Stanko Jurić shot from 14 meters, his attempt was blocked.