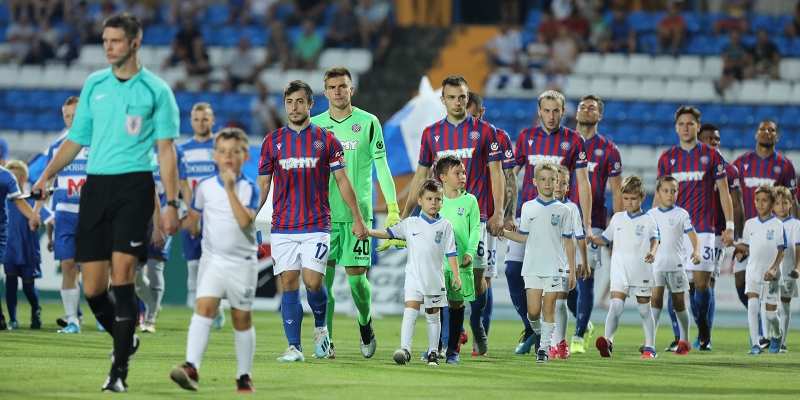 90+2 Caktaš's attempt from a free kick ended up blocked by the defensive wall.

90 Free kick awarded to Hajduk at 20 meters from the goal.

74 Another great chance for scoring an equalizer. Hamzatook a free kick, Nejašmić tried a header, Žaper cleared the danger. Corner kick for Hajduk.

68 Osijek making the first substitution: Silva on, Mance off.

67 Great chance for Hajduk. Juranović threw in the ball, Nejašmić's header was aiming on target but Ivušić deflected the ball only to Simić, whose attempt from 13 meters went wide.

56 Hajduk making another substitution: Beširović on, Kalik off.

46 The second half has started without substitutions during half.-time.

45 One minute of added time

42 Marić's shot ended up outside the net.

31 Ljubić saved Mance's attempt from 13 meters after Hajduk's defenders made a mistake.

24 Juranović threw in, Jairo shot from the verge of the penalty area, his attempt went wide.

15 Osijek's quick counterattack. Mance went too far to the right and didn't shoot on target.

5 Jairo had a great chance to score right at the starts. He dribbled past Šorša and shot from 13 meters, the ball deflected to a goal bar, Osijek's goalkeeper managed to touch it.