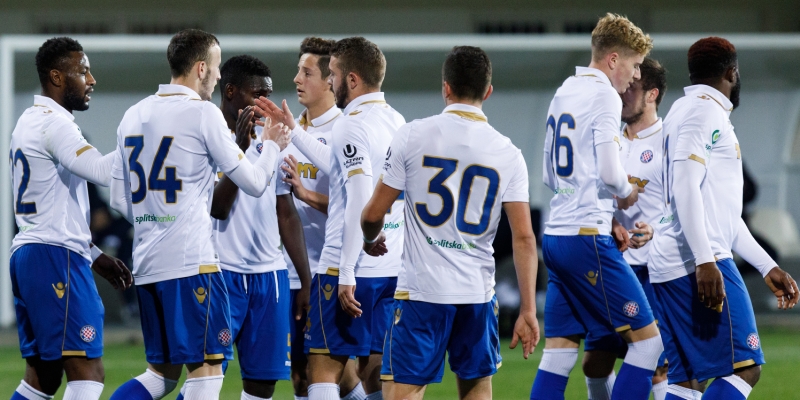 Hajduk concluded a series of friendly matches during the mid-season preparations for the continuation of the season. Their final score is five wins and one defeat in six matches, successfully announcing the beginning of the spring season and the challenges that await them. We watched an exceptionally successful attacking game, namely Hajduk scored 17 goals (2.83 per game).

Before the winter camp in Belek, Hajduk beat Vartekst 5:0 in a friendly match at Poljud. In the first international friendly match in Turkey, Hajduk defeated FC Zurich 4:1, while in the second match Hajduk was better than the second-placed Polish Lech Poznan and won 1:0. Last check before the return to Split was against FC Trencin and Hajduk won 4:2, in that way successfuly concluding the part of the preparation in Turkey.

The final two checks took place at the Memorial Tournament Andrija Ankovic. In the first match, mostly played by younger players, Hajduk suffered the only defeat (2:1) in the preparatory period against their host GOSK. The last match before the spring part of the season was against the Bosnia-Herzegovina champion, Zrinjski from Mostar, and Hajduk won 2:1.

Toma Basic collected three assists (all three times from the corner kick). A total of 30 players played during the preparatory period, and Hamza and T. Basic played the most, six each.

After exactly four weeks of preparation, coach is pleased with the accomplished, the engagement and discipline of the players and he believes that his team will have a successful spring. There are seven days until the first official match and Hajduk's coach and the players are working on final details ahead of the match against Cibalia in Vinkovci and the start of the spring part of the season.