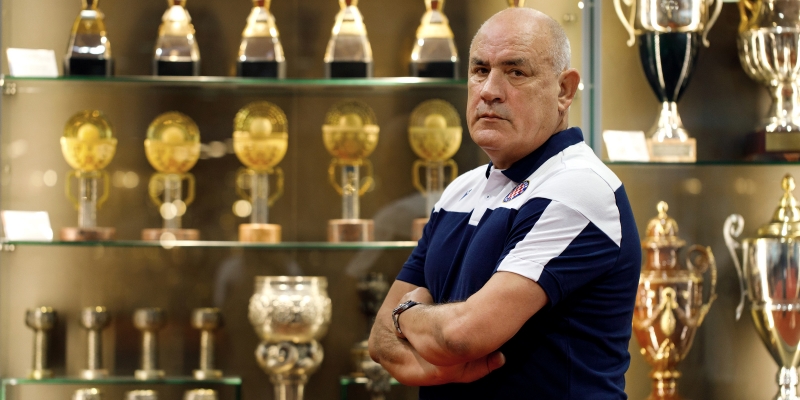 A former Hajduk player Boro Primorac, who spent most of his coaching career in the English Premier League is the new Head of HNK Hajduk Youth Academy Luka Kaliterna.

Mister Primorac started his football career as a player of Velež from Mostar, where he collected 133 official caps. In 1978 he moved from Velež to Hajduk and won the Yugoslav championship in the season 1978/1979 under coach Tomislav Ivić. He played as many as 283 matches for Hajduk and scored 53 goals.

In 1983 he transferred to LOSC Lille (107 caps) and he concluded his footballer career in Cannes (111 caps). He was also a Yugoslav international (14 caps).

In Cannes he also started his coaching career and then he also managed French US Valenciennes. After many years in France, he moved to Japanese team Nagoya Grampus, where his successful collaboration with a legendary Arsene Wenger has started. From 1997 to last year, in over 1200 games he was Wenger's assistant at Arsenal.

He is now returning to Poljud, the stadium at which he became a part of history as the first goal scorer after the stadium's opening in 1979. That match took place on September 19 and Hajduk was hosting Trabzonspor at then new Poljud stadium.