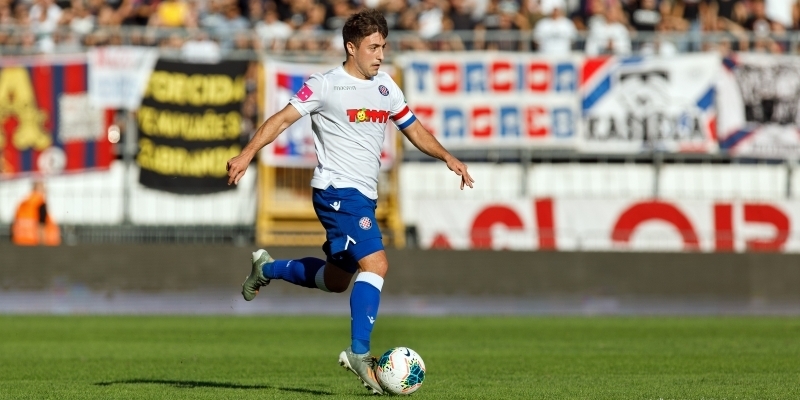 Josip Juranović is no longer a Hajduk player. Now already a former Hajduk's right-back will continue his football career with the Polish champion Legia Warszawa after five and a half years during which he played for Hajduk.

Juranović joined Hajduk in January 2015 from Dubrava Zagreb. He debuted under coach Goran Vučević in the game with Rijeka (April 2015). In total, he played 165 official games in which he scored 3 goals and added 15 assists.

He was among the starting 11 on 148 occasions and in 37 games he captained Hajduk. In total, he contributed to 83 victories, 35 games ended in a draw and 47 times Hajduk was defeated. His last match took place in the last round of the HT First League, season 2019/2020 against Inter Zaprešić in which Hajduk beat the host 4:1.

Jura, thank you for your contribution, we wish you best of luck and success in your further career!