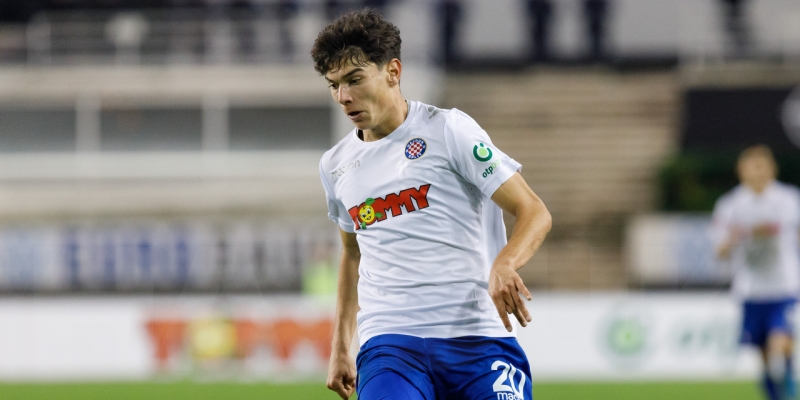 Jakov Blagaić about his debut for the first team

A 19-year-old Jakov Blagaić got a chance for a debut in the last 20 minutes of the game with Istra 1961 at Poljud. After many great matches that he played for Hajduk II, he got a chance to show his talent in the Sunday's game in which Hajduk beat their opponents from Pula 2:1.

"I would like to thank the coach for the debut and for this chance. I've been a Hajduk player for 10-11 years already and I always dreamed about this moment. I tried to make the best out of this chance. The atmosphere was good, we played well and had a successful comeback. At the beginning, we didn't manage to score but later everything went the right way. I'm thrilled that my dreams came true and that I played the first minutes for Hajduk".

A young Hajduk talent also had a few chances to score a goal, but centimeters prevented him from scoring the first goal in his debut. However, we are sure that there are many more games where he will get a chance to present everything that we saw while he was a Hajduk II player, especially in the recent period.

"A goal will come one day. I was born in Split and to everyone from this city it means a lot when you get a chance to play for Hajduk, I'm therefore really happy that the supporters applauded when I was entering as a substitute" concluded Jakov.