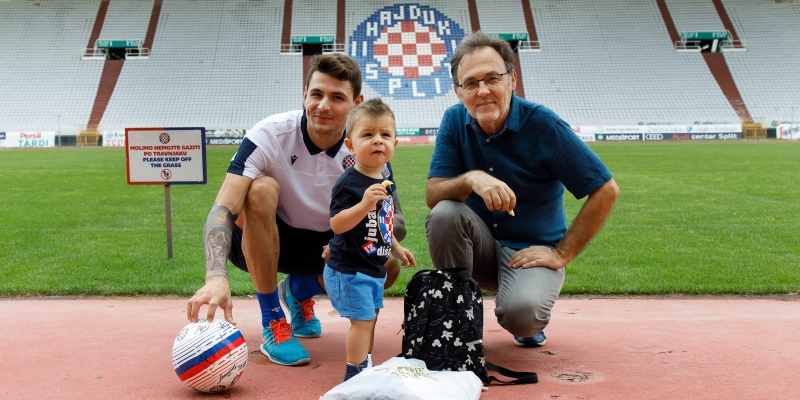 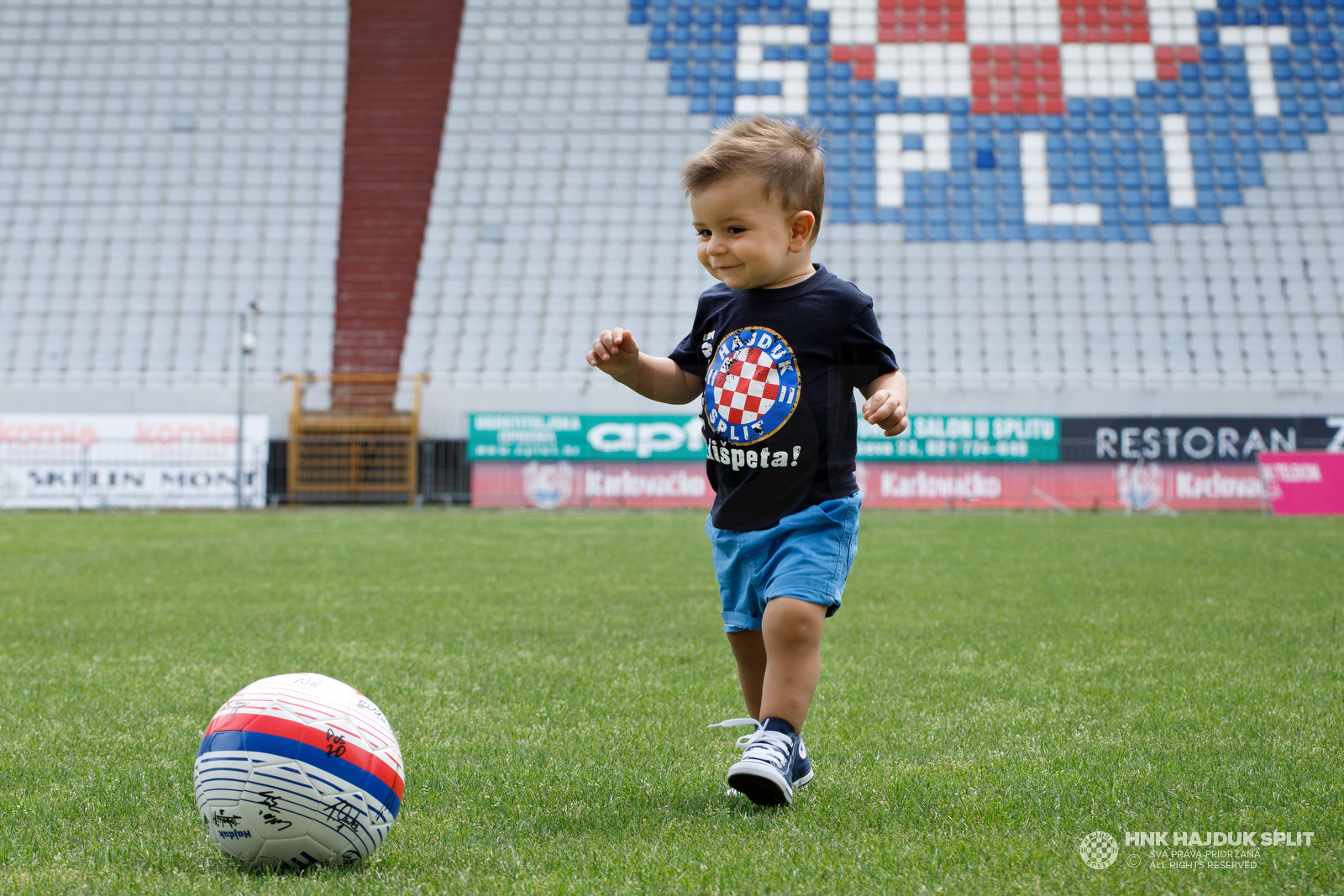 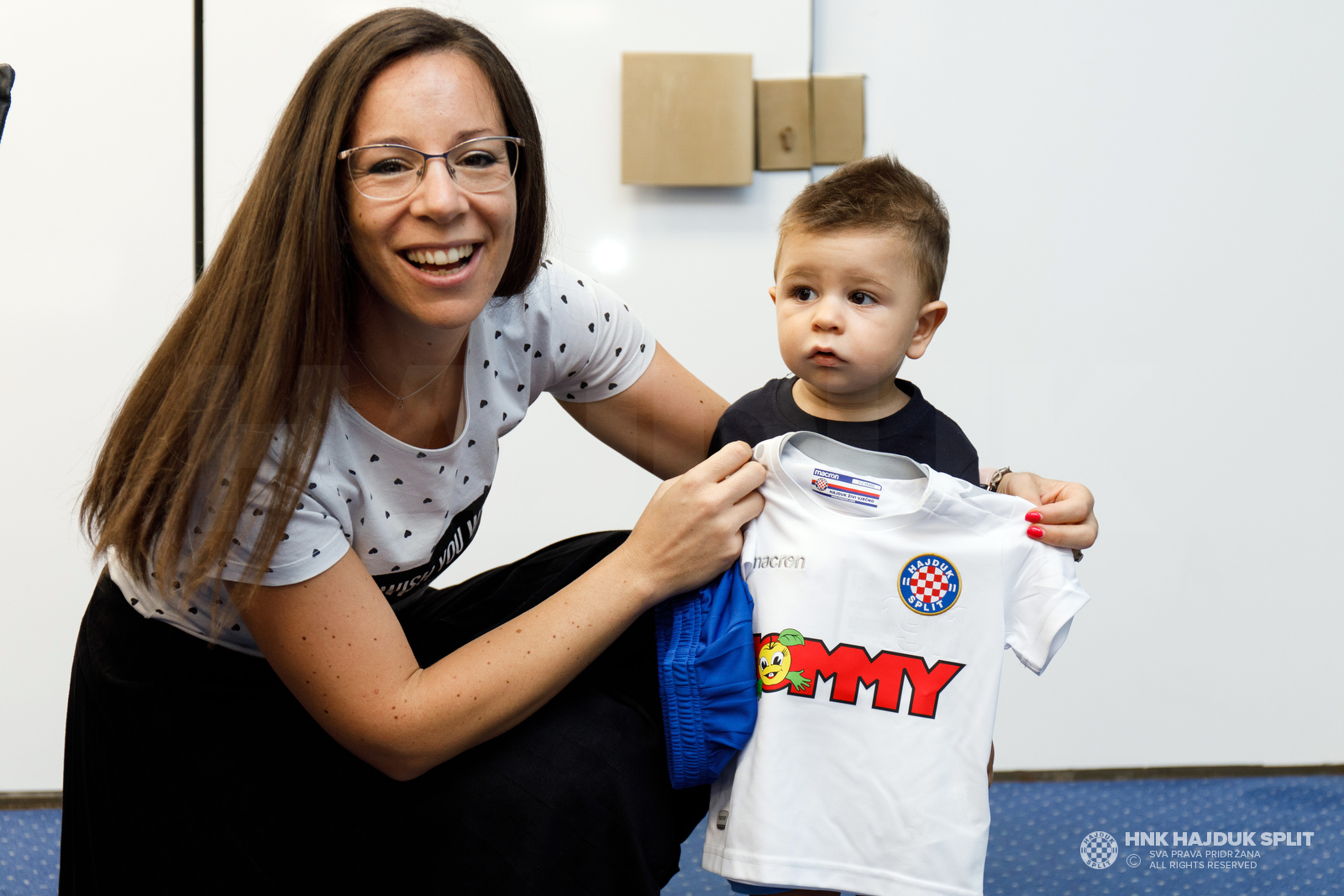 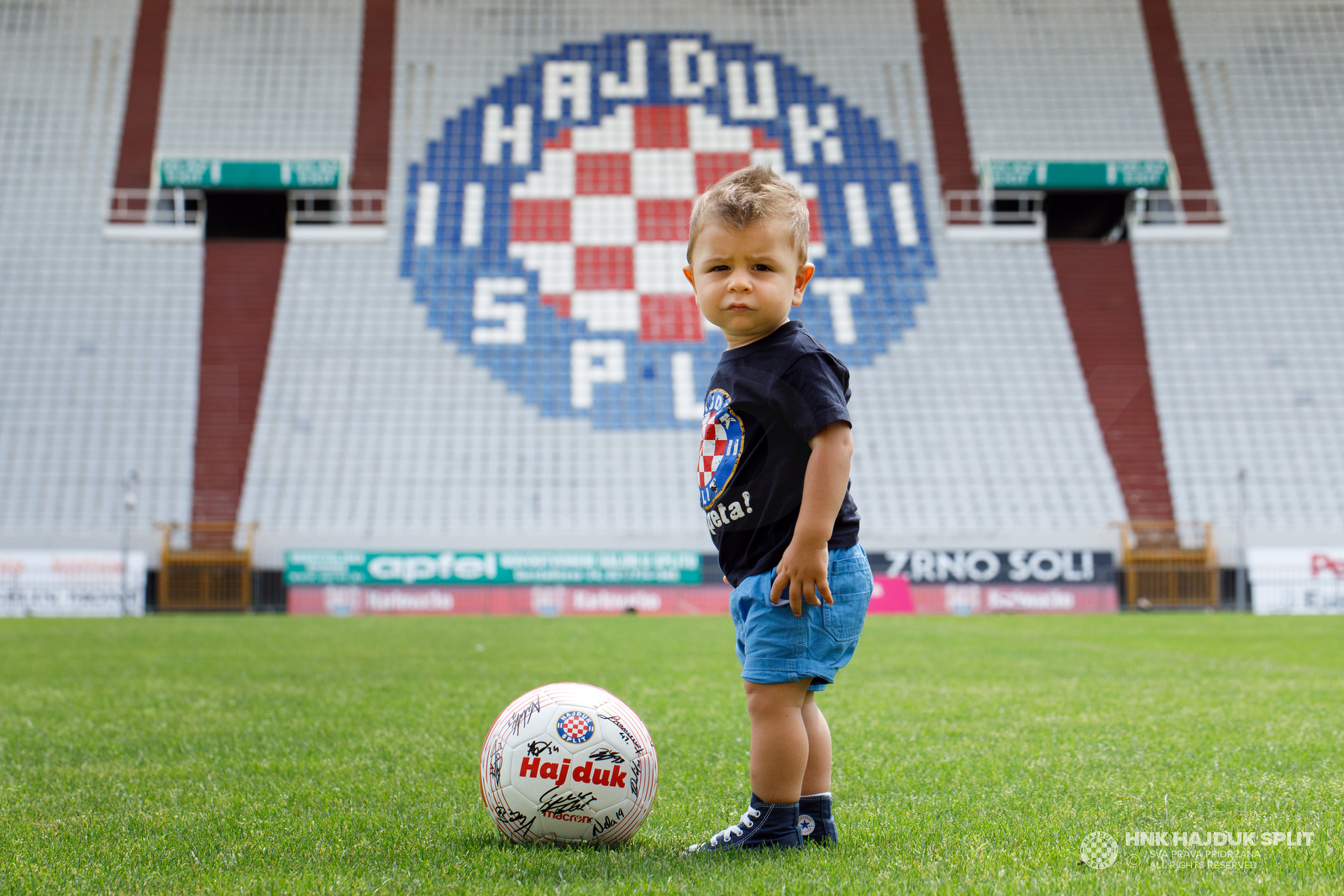 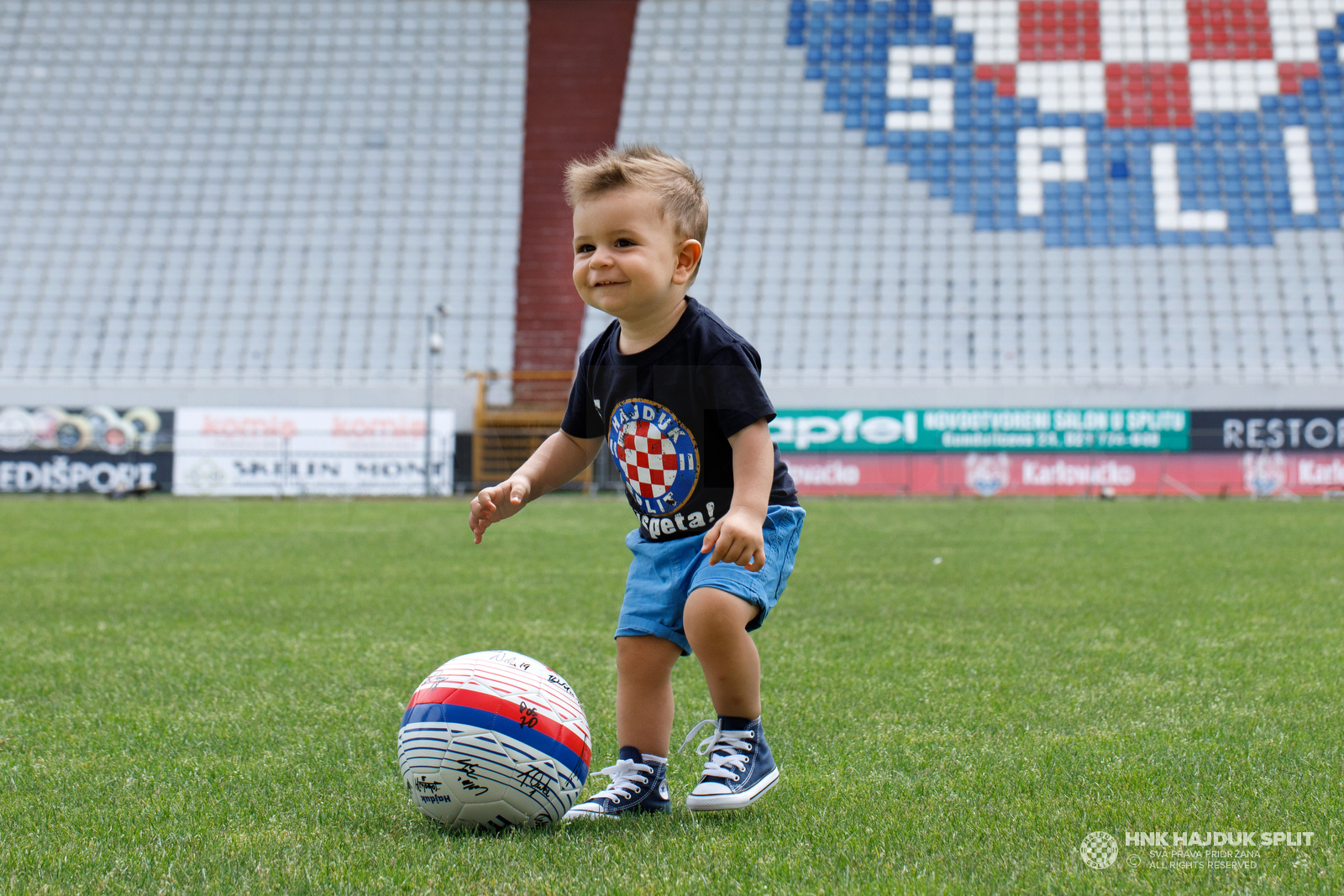 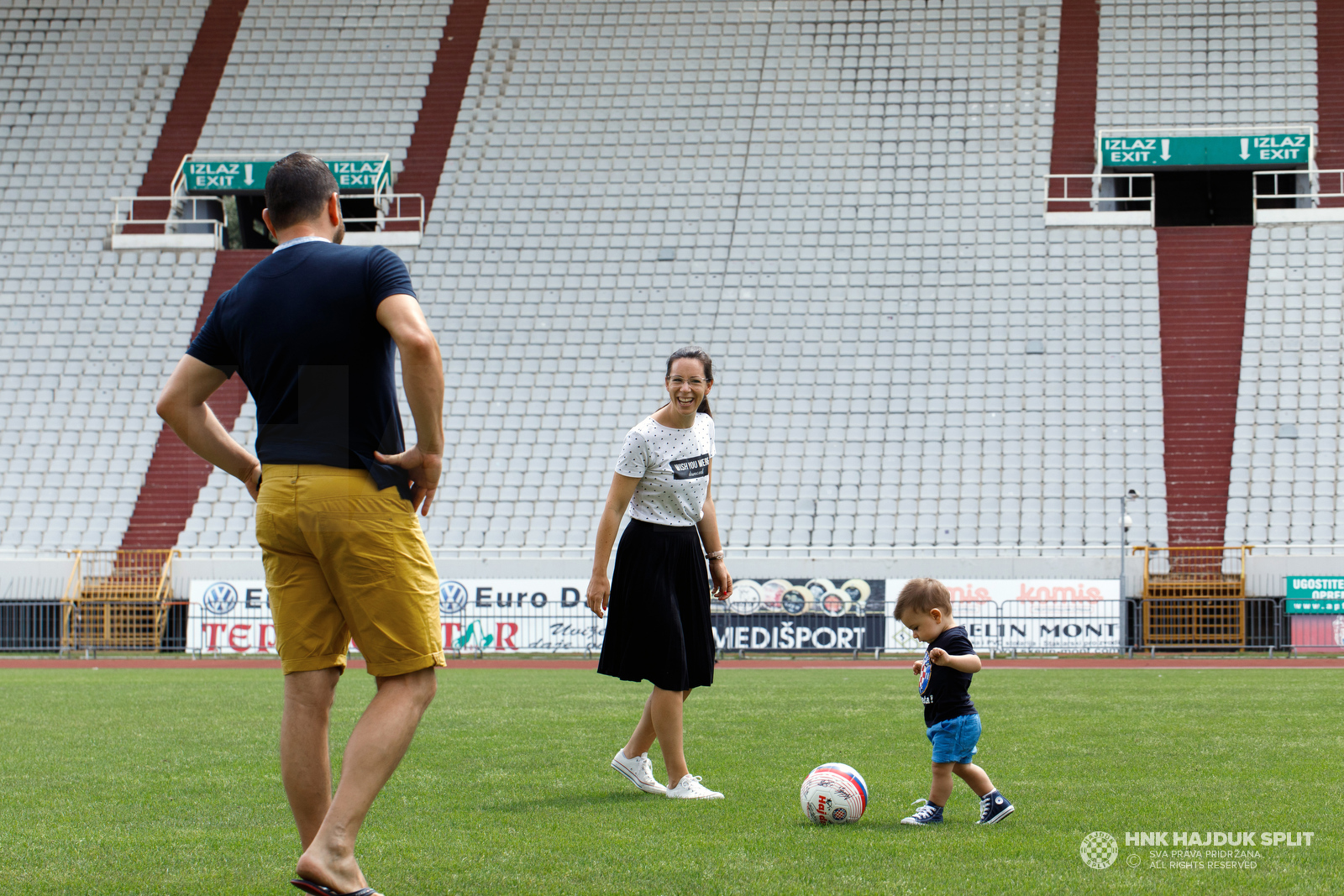 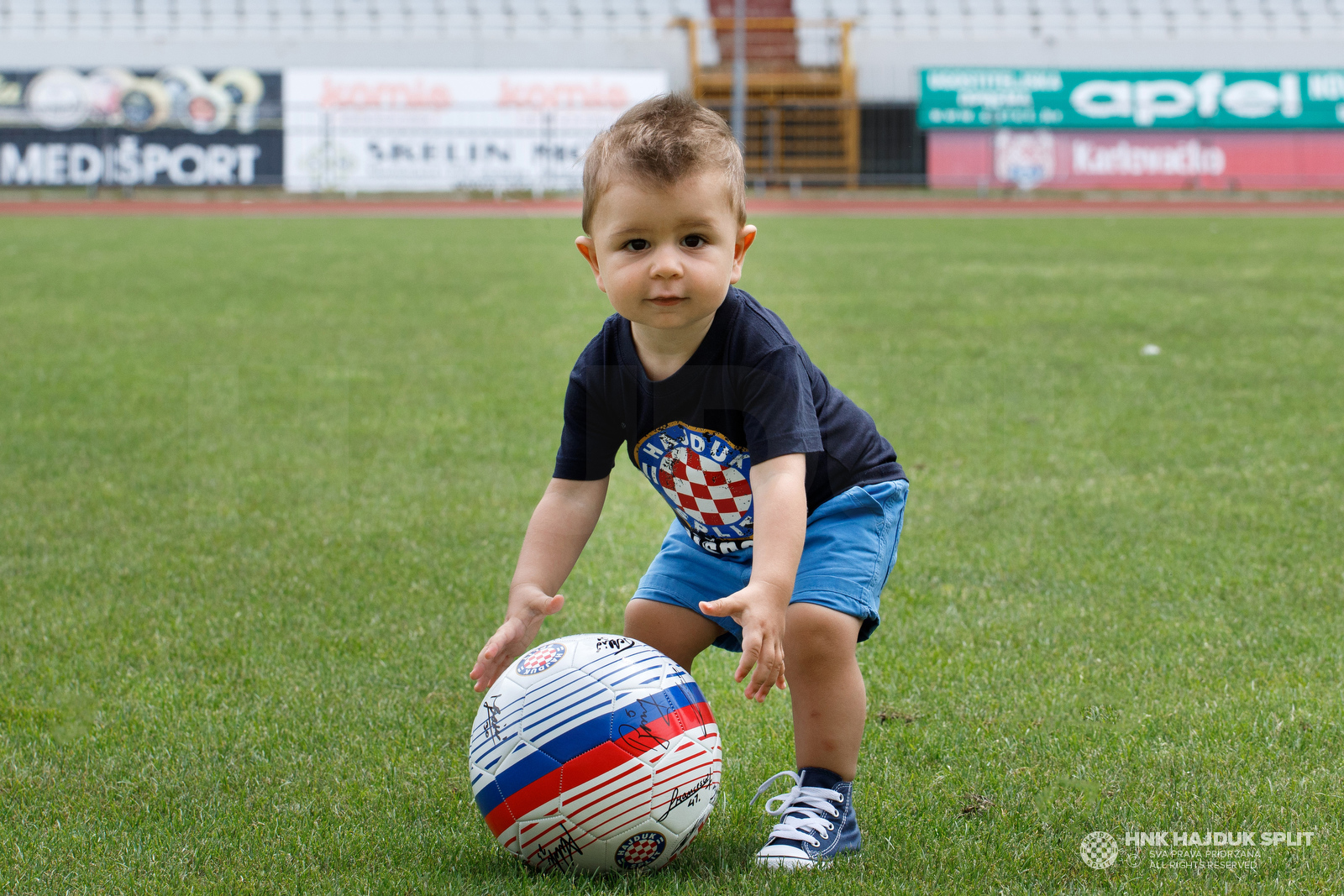 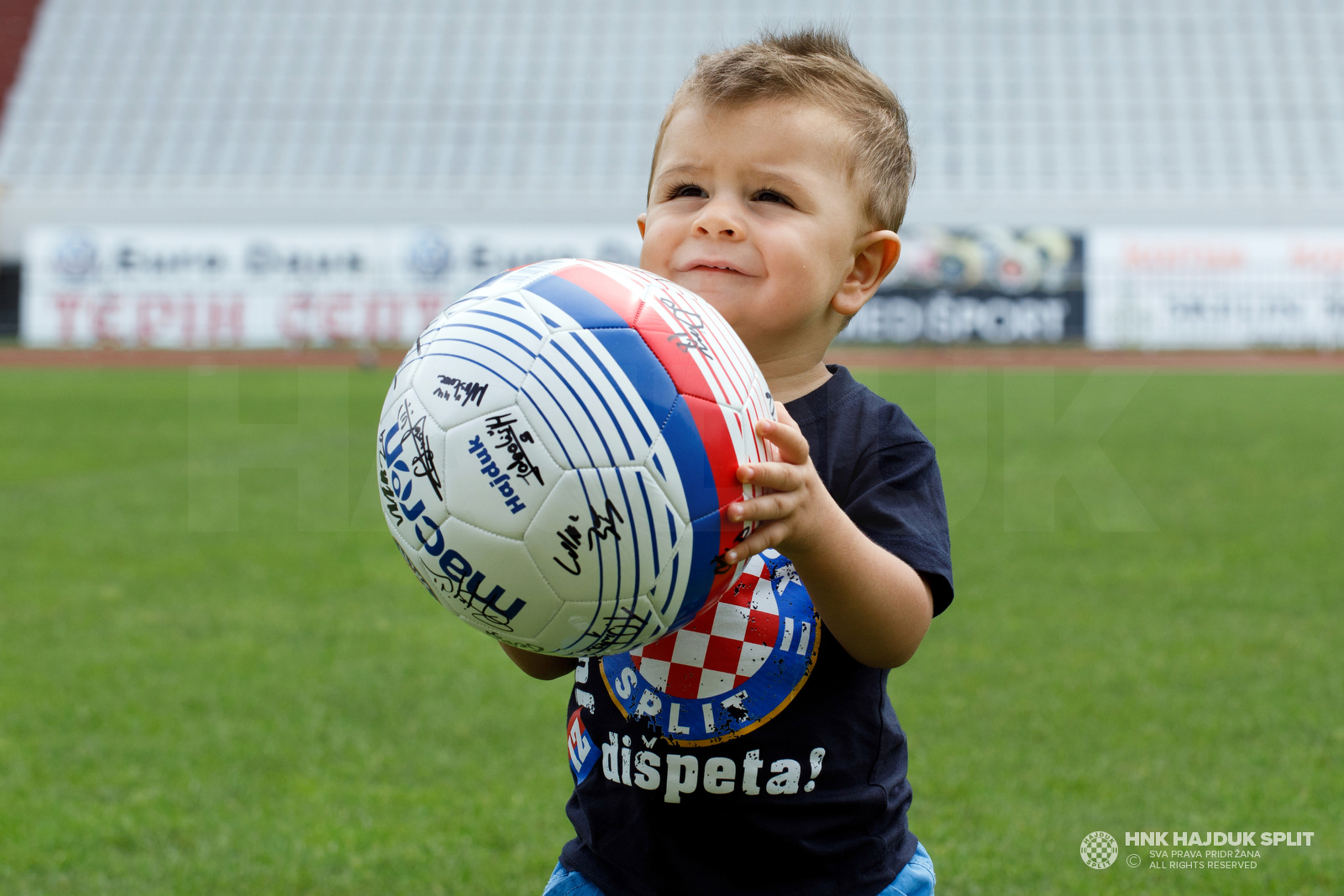 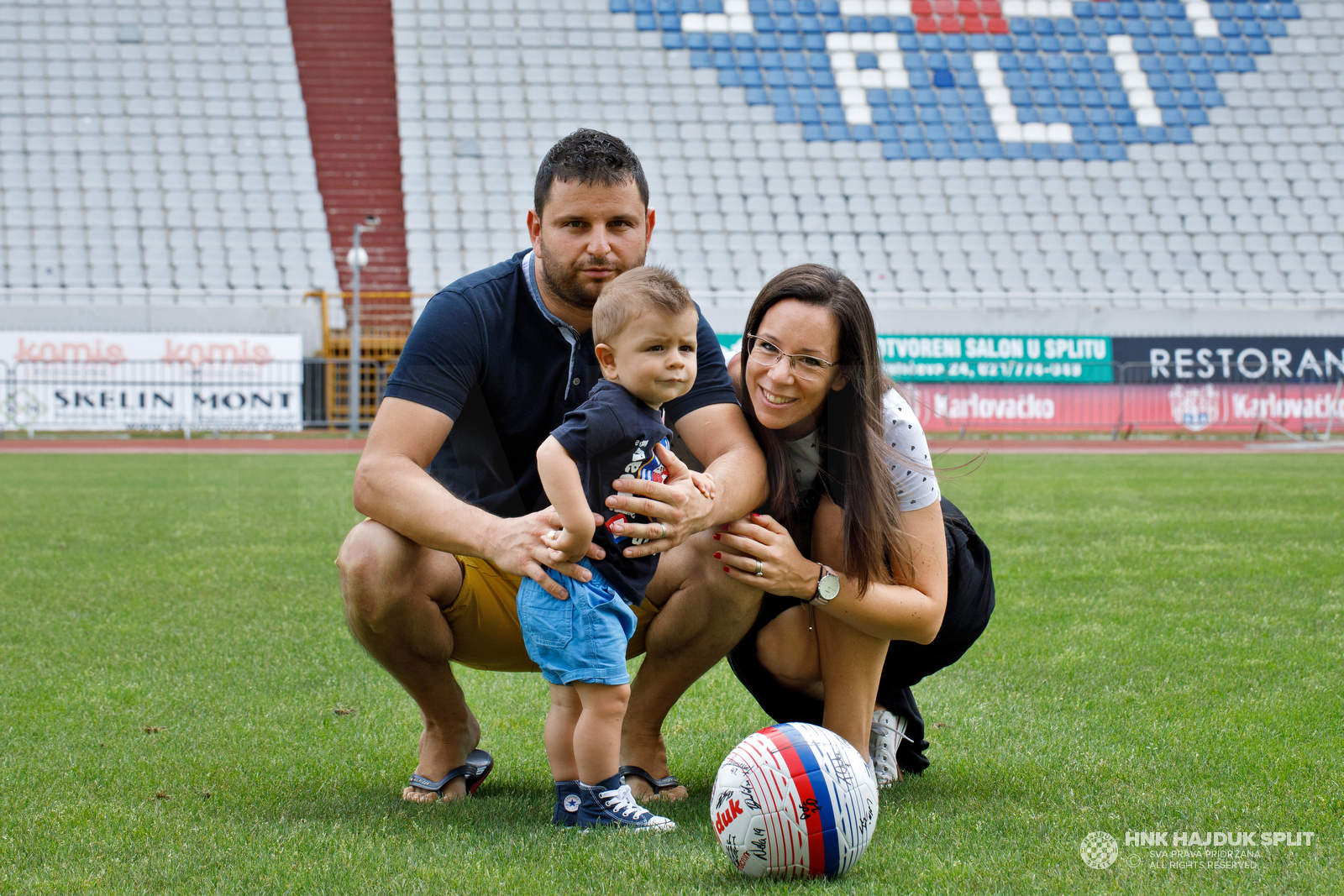 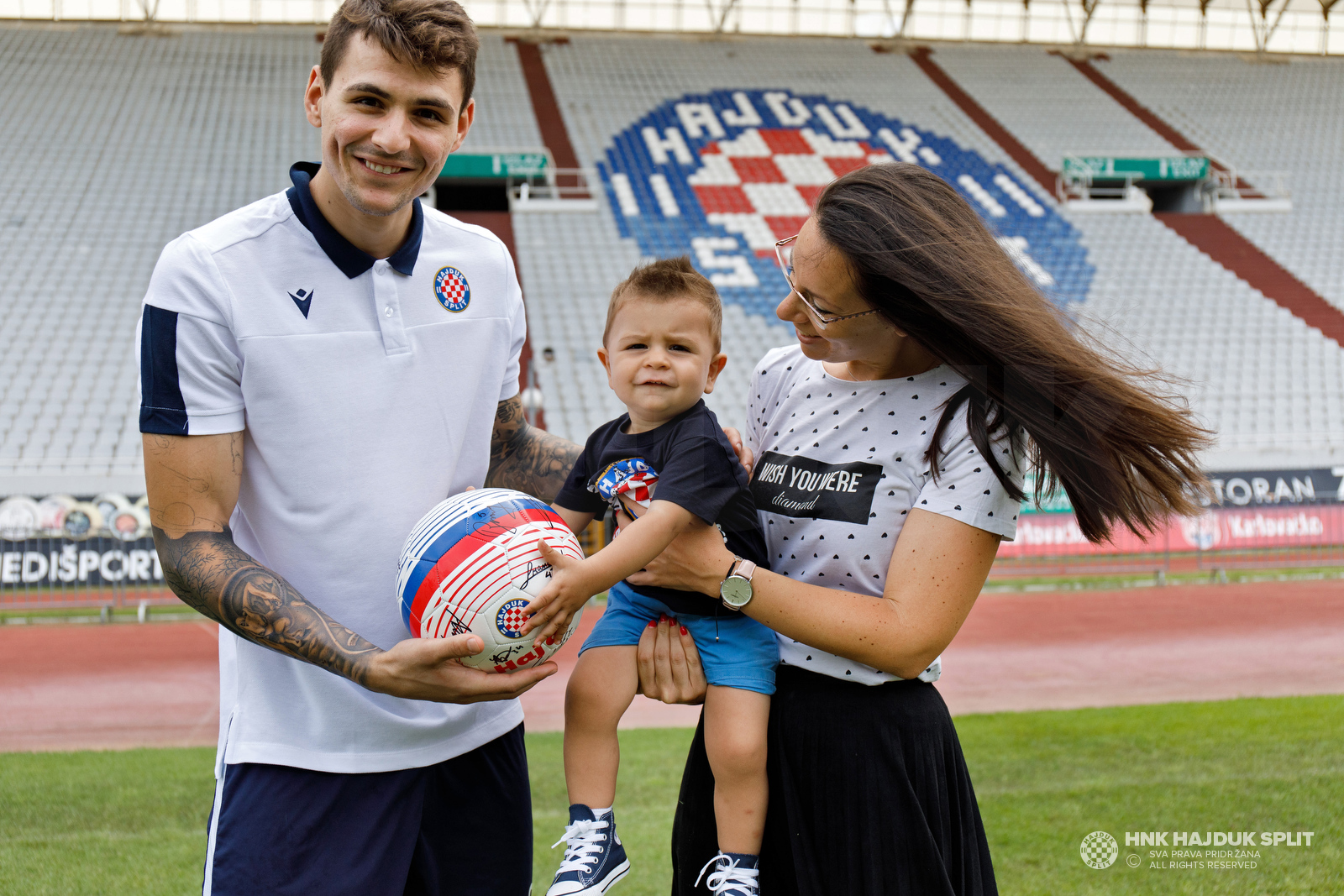 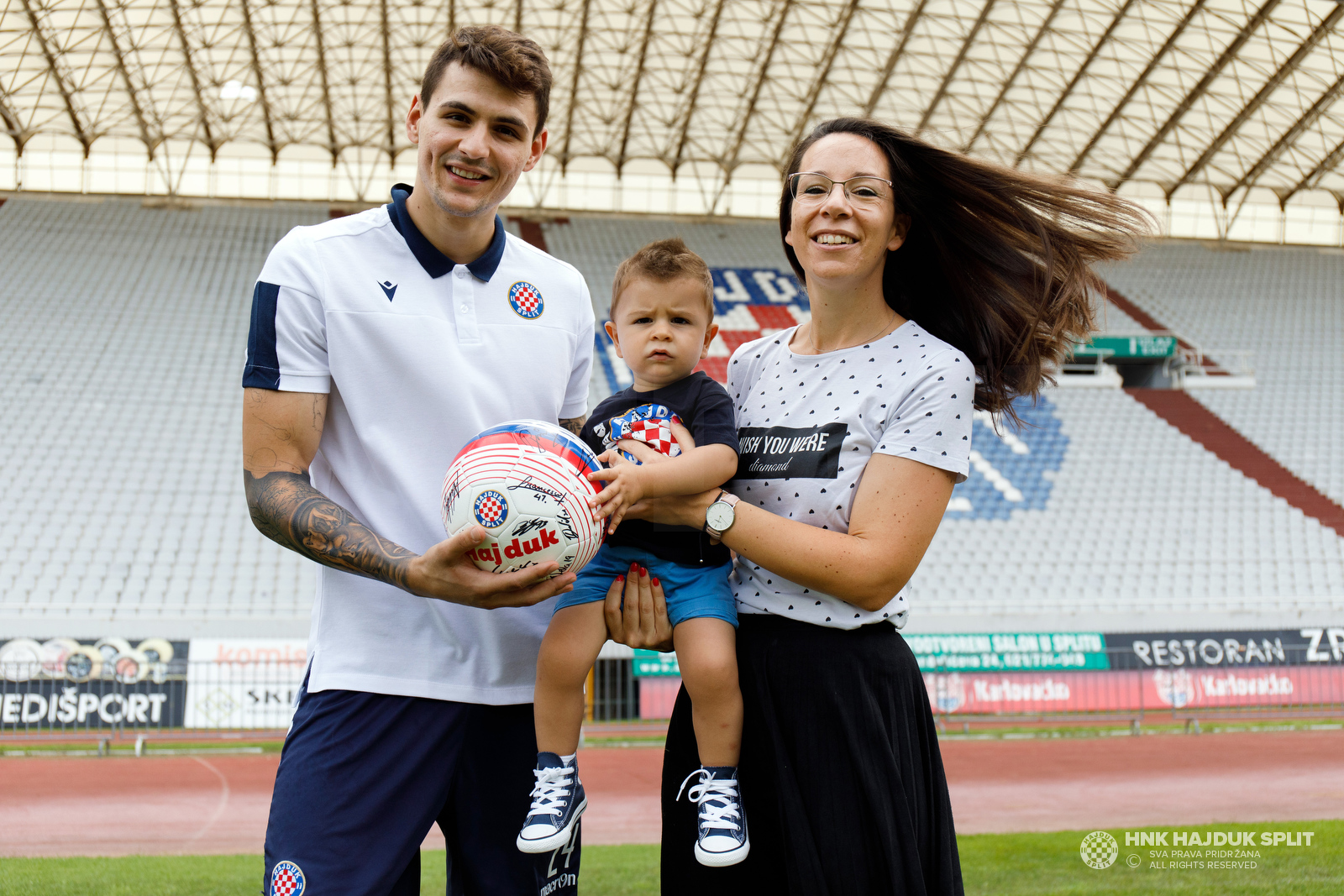 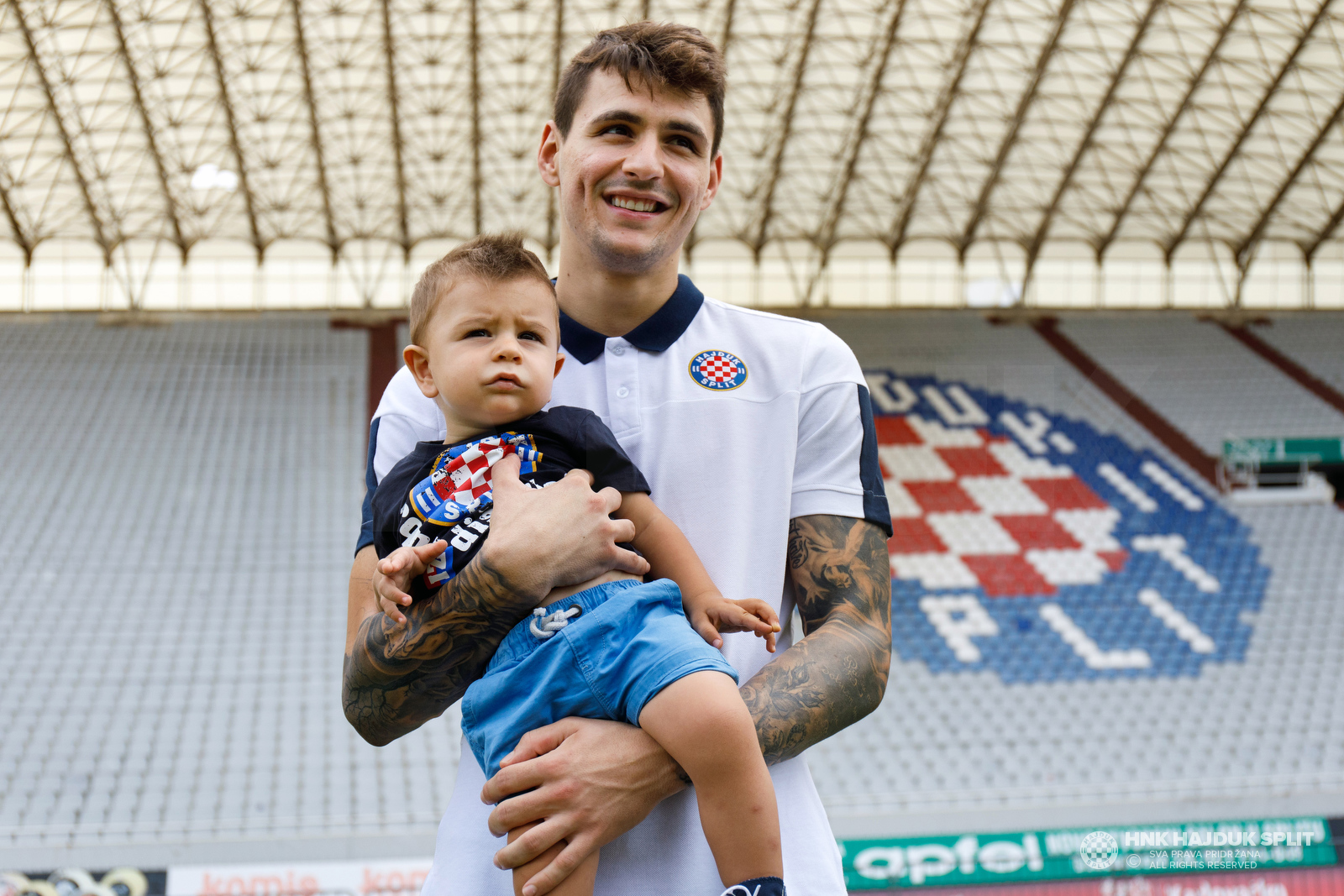 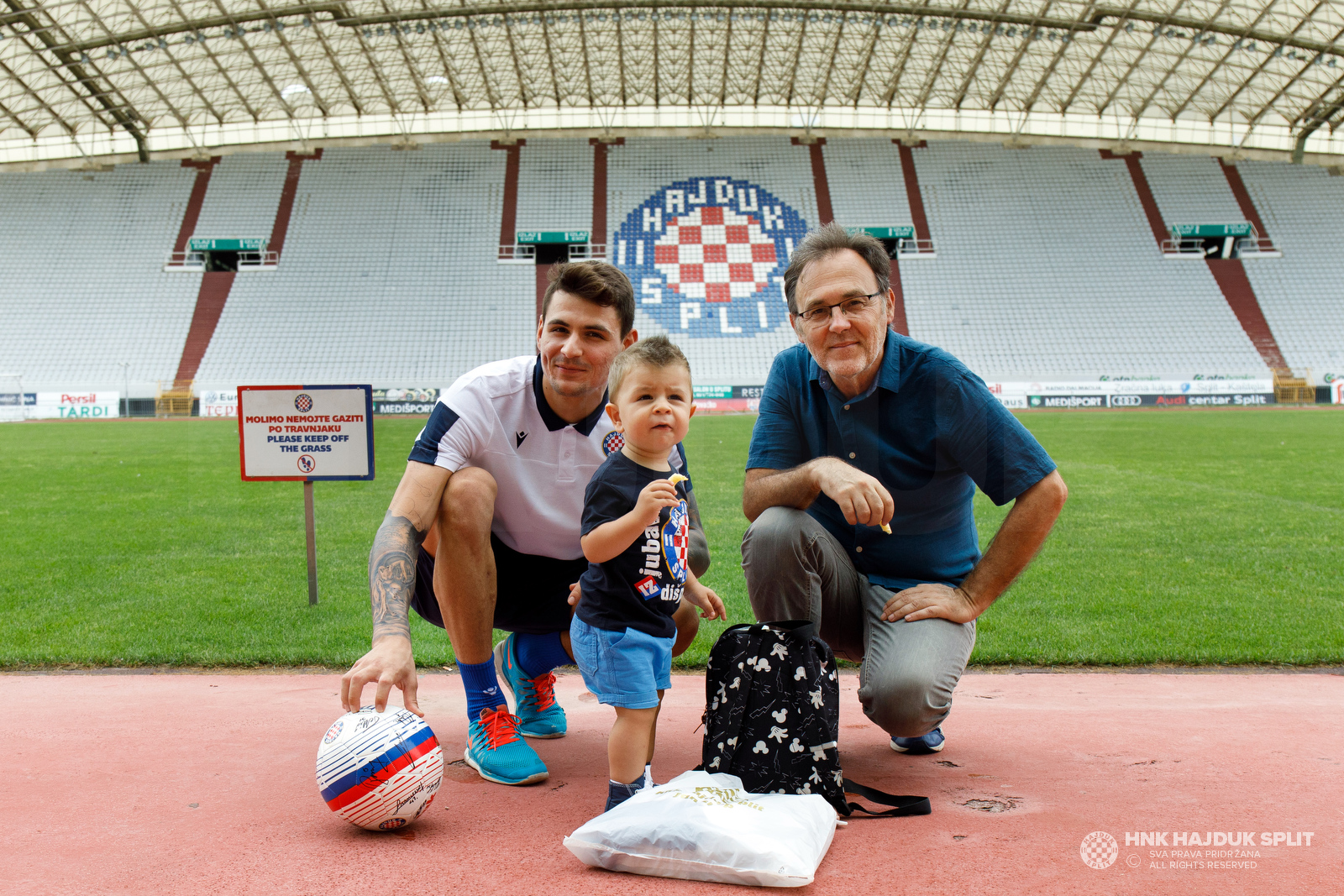 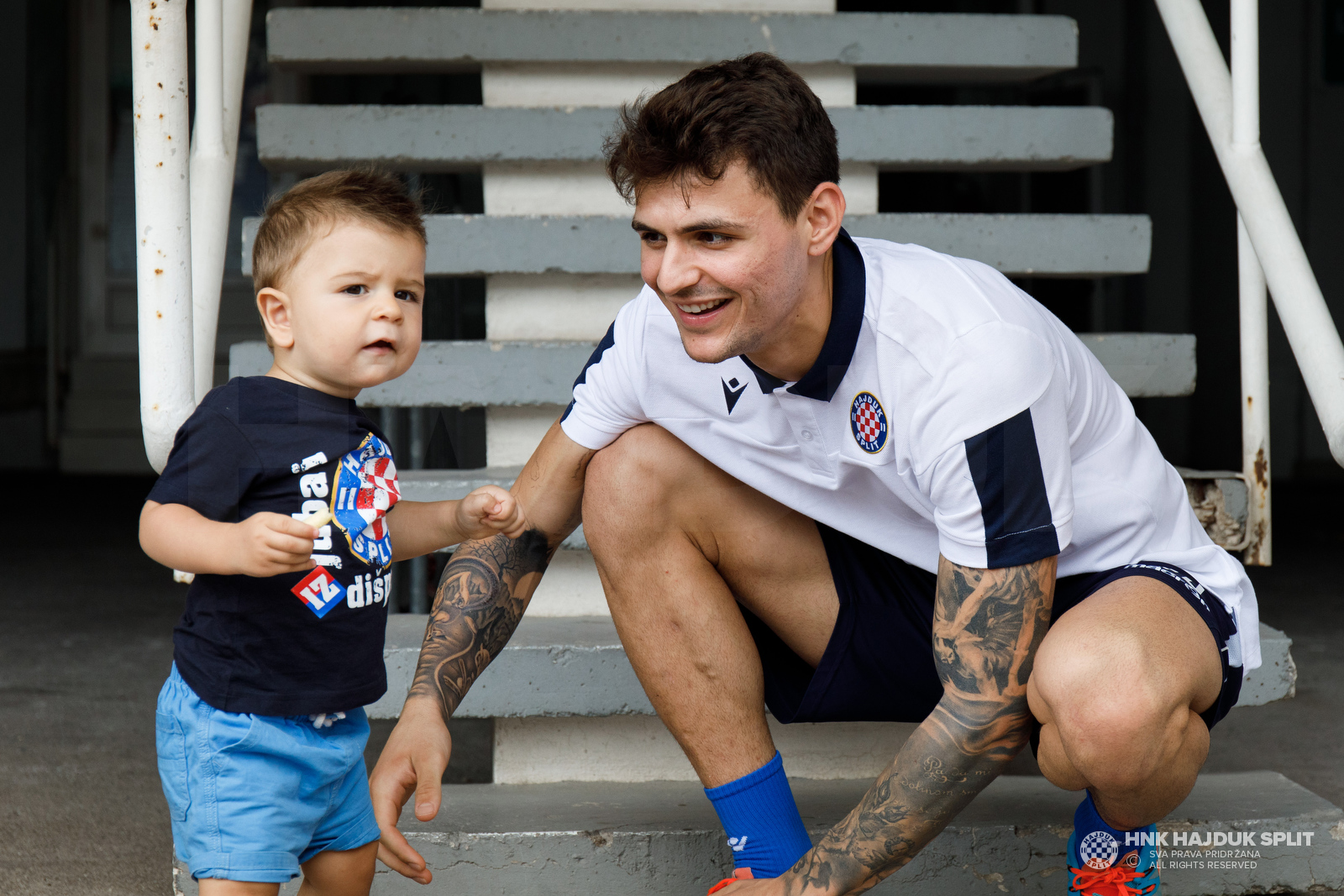 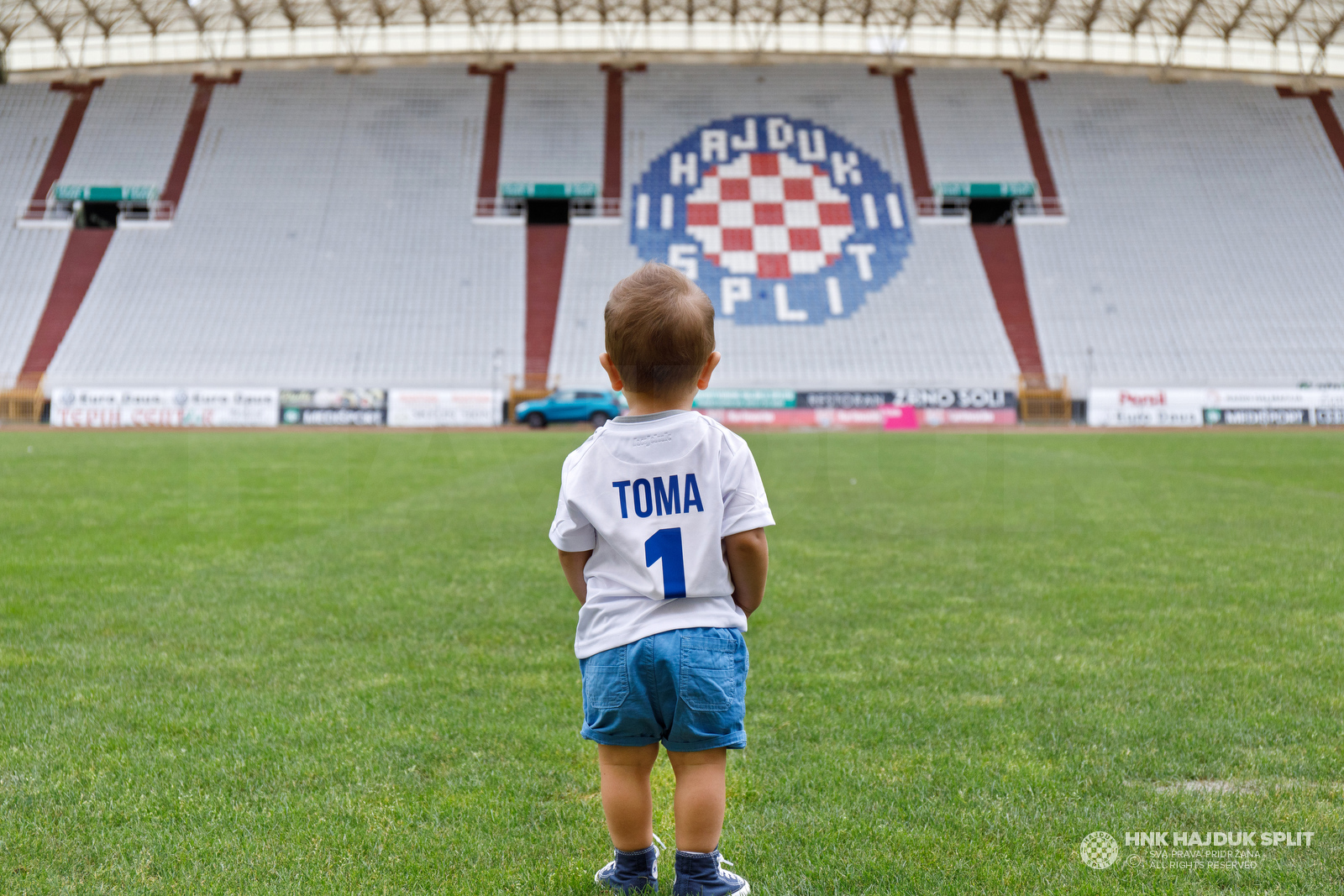 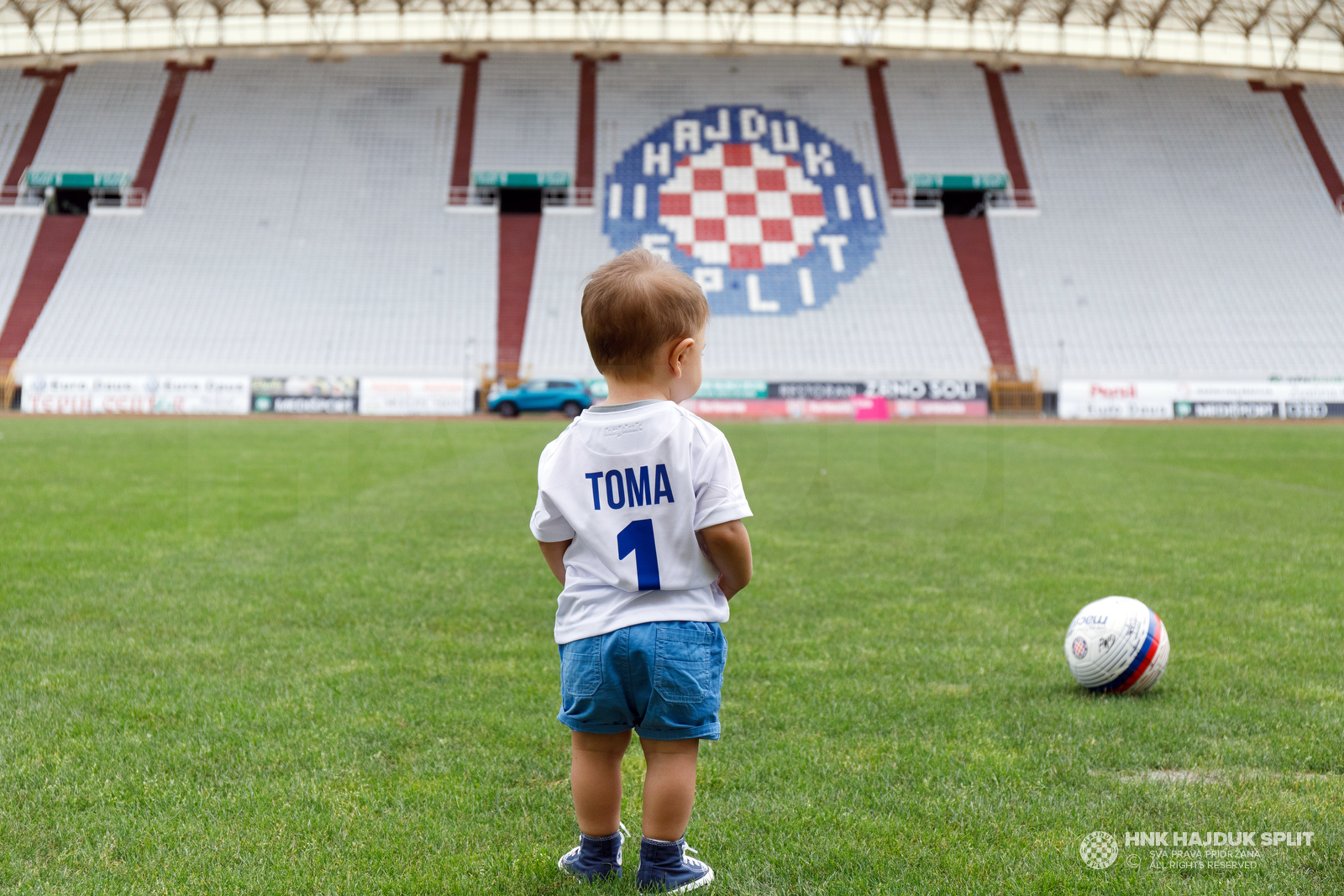 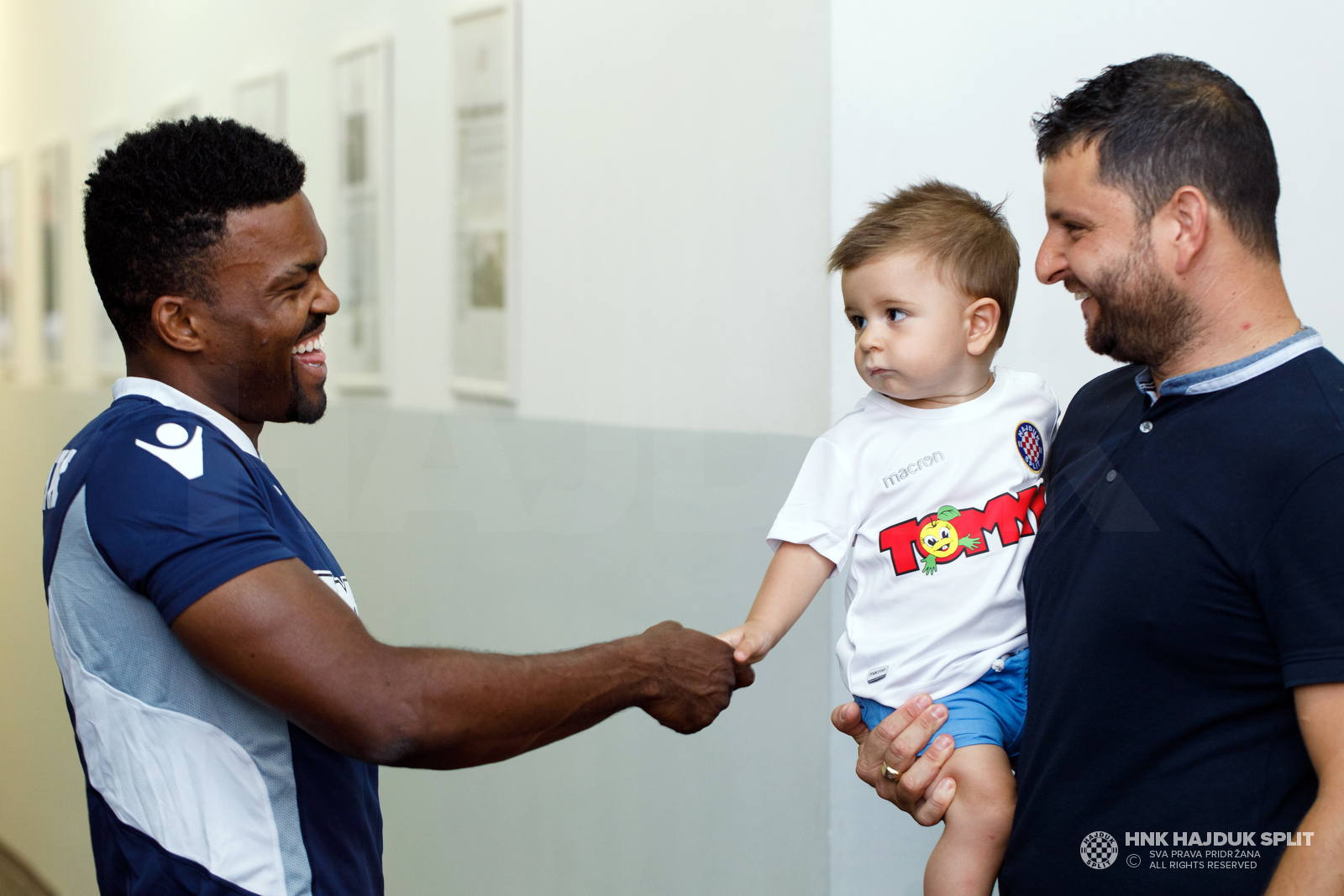 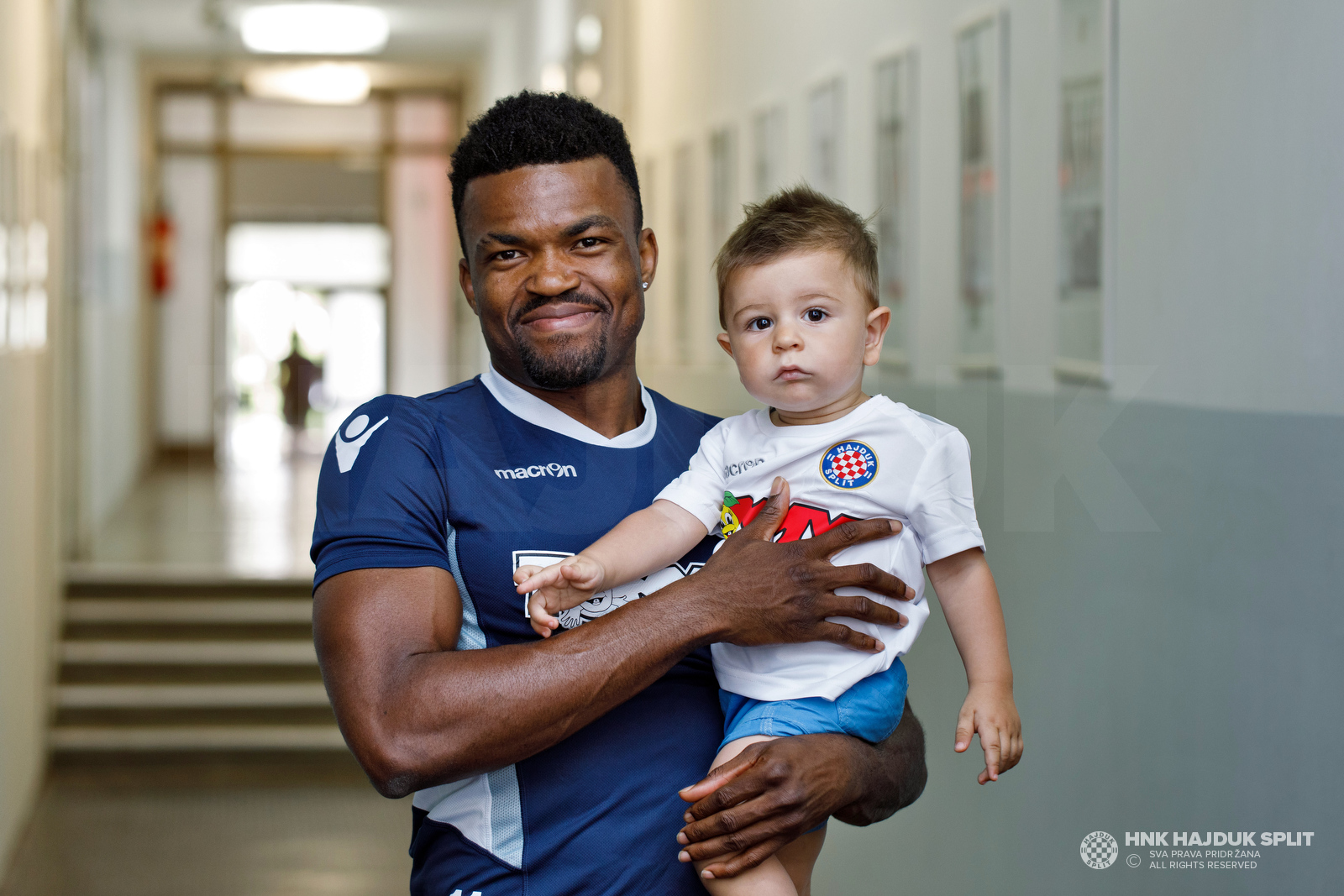 Over 870 000 people liked the photo of a little Toma Efendić that our photographer Robert Matić took during the match Hajduk - Lokomotiva. This photo of an only 15 months old kid went viral around the globe after a popular football page 4-3-3 shared it on their Instagram profile that has an incredible more than 22 million followers. 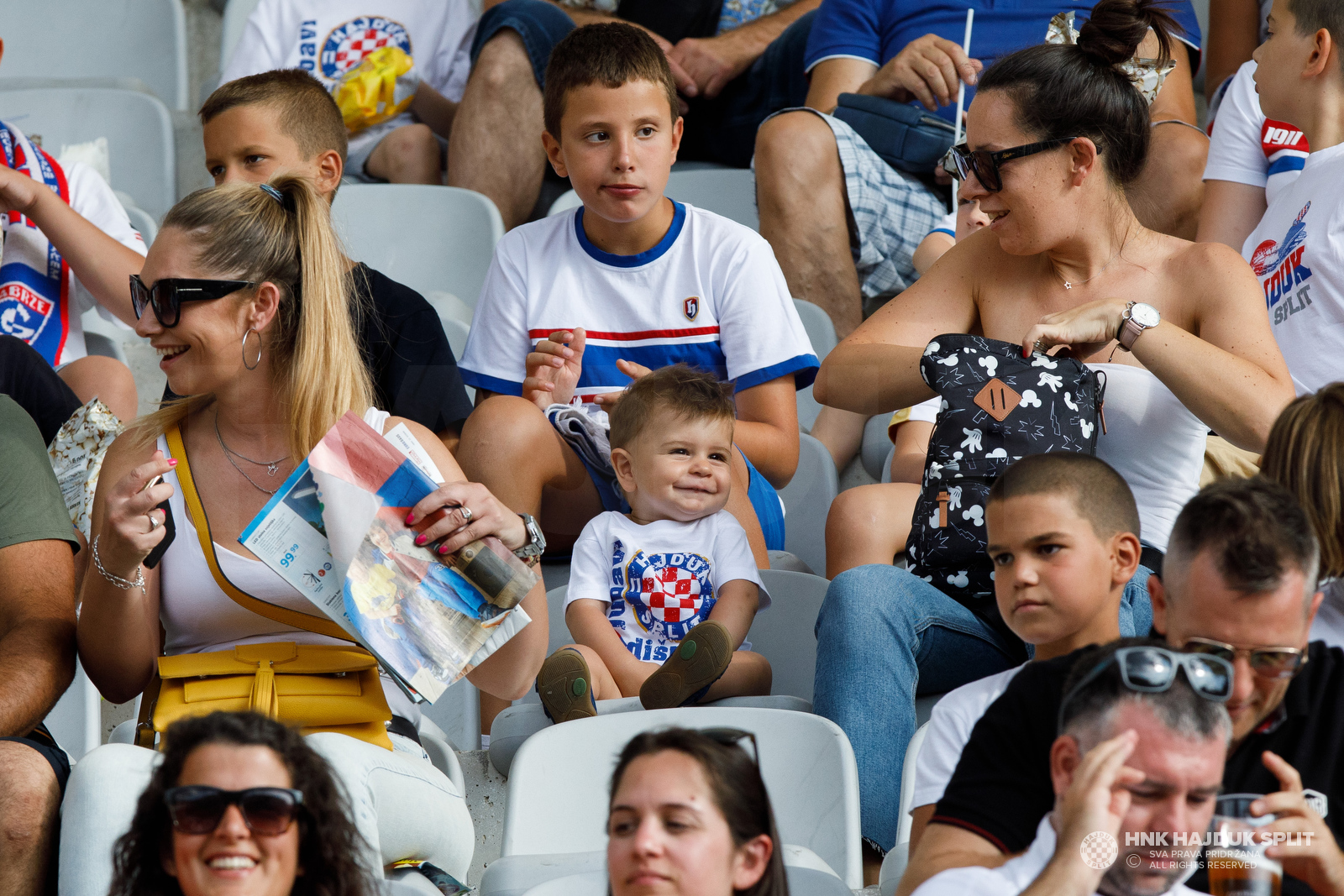 It collected the most likes on our Instagram profile as well (over 20 000) and today we hosted a little star Toma at Poljud, together with his parents Marija and Ante, who didn't hide their enthusiasm and surprise that the whole world is crazy about their boy Toma and his smile, which brought him thousands of fans from all over the world. Many former and current Hajduk players shared the photo and liked it, as well as a few Croatian national team players and other famous footballers.

"We are really surprised by the interest for this photo, we noted that the number of likes and positive comments was growing with each passing minute. This was Toma's first match at Poljud but also his first photo published on social networks. Before that, we had never published his photos and this first one has immediately become a hit. We would like to thank Robert Matić for capturing that moment" said Toma's parents, true Hajduk supporters that don't miss any Hajduk's game at Poljud.

Little Toma came to visit Poljud in Hajduk's shirt and our gift to him was a baby home kit and a ball signed by the first team players. Stanko Jurić, Darko Nejašmić, Josip Juranović, Samuel Eduok... - all of them wanted to make a photo with this little cutie who is now globally adored.