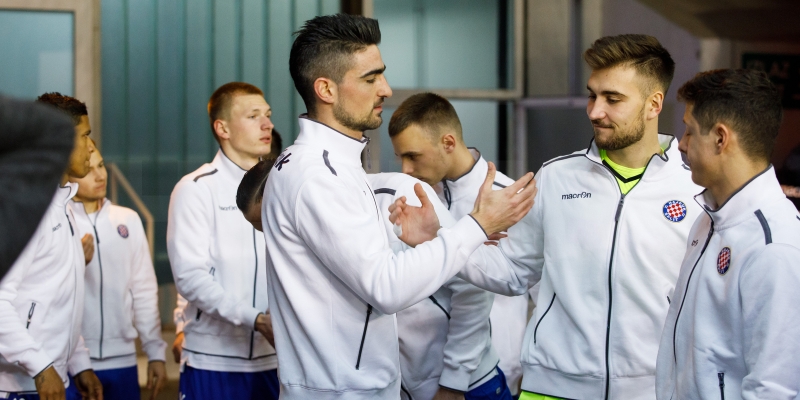 Hajduk in March: Three away and one home game

In March, Hajduk will play three away matches and one home match at Poljud. The first will take place in Zaprešić, where Hajduk will oppose the host Inter on Sunday, March 03, 2019. Six days later, they will play another away match, this time against Slaven Belupo in Koprivnica. The next home match will take place on March 16, 2019 against Rudeš and the last March fixture will be against Istra 1961 in Pula, on March 30.

Istra 1961 played four matches in the same period, of which two draws in Pula with Slaven Belupo (1:1) and Lokomotiva (0:0). Dinamo and Rijeka beat Istra on their away games which ended in a 1:0 loss.

The only Hajduk's home match in March will take place on March 16 against Rudeš at Poljud. This team lost three of their last four matches, while one of their 2019 matches ended in a draw.