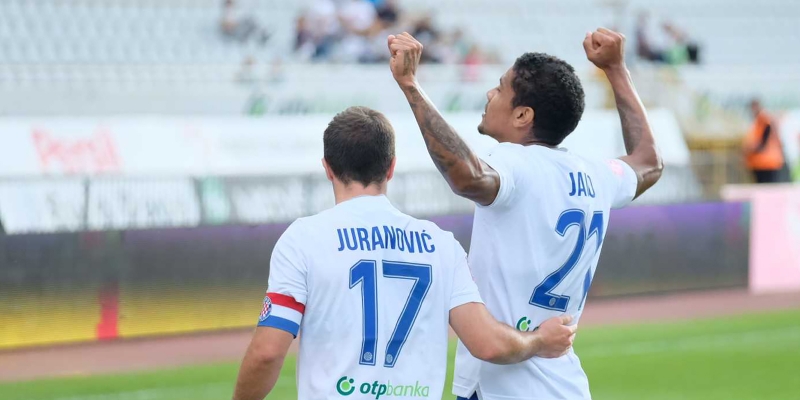 90+1 Teklić passed to Eduok, his attempt from 15 meters went wide.

90 Senić fouled Teklić, it was his second caution in the last ten minutes and he is sent off. Varaždin will play the last moments of the match with 10 men on the field.

81 Caktaš started Hajduk's counter-attack, Prce was pulling his shirt and he passed to Jradi. his attempt was blocked. Corner kick for Hajduk and Prce later cautioned.

73 Hajduk making the first substitution: Eduok on, Hamza off.

70 Jradi passed to Caktaš, his attempt from 15 meters was not precise enough.

68 Hajduk won possession, Jradi got into a chance to score from the penalty box line, goalkeeper Nevistić saved. Corner kick for Hajduk.

There are 7945 spectators at Poljud, of which 736 on the family stand. Thank you!

58 Čolina passed to Jairo, who crossed to Caktaš, he was in an ideal position to easily score but his attempt went off target.

47 Hamza's shot after a double pass with Bradarić hit the goal post.

46 The second half has started, go Hajduk!