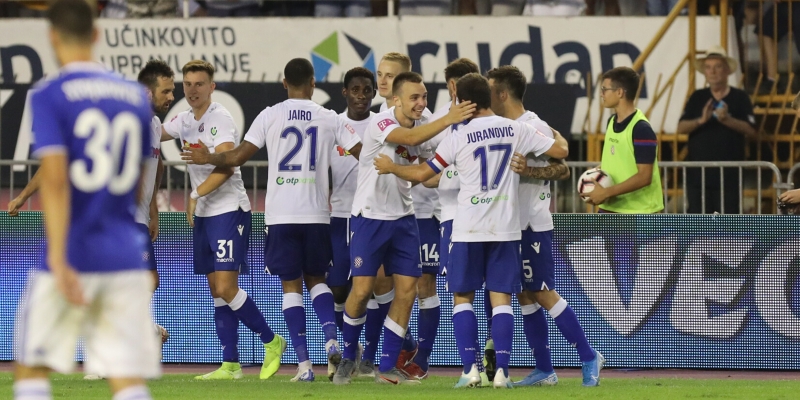 90+1 Another great intervention of Marin Ljubić, this time he saved Gavranović's shot on goal.

88 Jakoliš dribbled past three players of Dinamo, Livaković saves his attempt from 14 meters.

80 Jradi sent off after receiving the second caution. Both teams continue with 10 man.

77 Perić on, Oršić off for Dinamo.

59 Marin Ljubić's best intervention so far, he saved Oršić's one on one attempt.

58 Jradi cautioned for diving, although it seemed more like he was fouled but penalty kick was not awarded to Hajduk.

56 GOOOOOOOOOOOOOOOAAAAL Hajduk leads 1:0, Bassel Jradi scored for a lead. Juranović took a free kick, Nejašmić tried a header but Livaković deflected the ball only to Jradi who easily scored.

55 Leovac cautioned for a foul on Jairo.

48 Jairo crossed to Simić, Dilaver cleared the danger in the last moment.

34 Šimić tried a header after a corner kick, Ademi tried to clear but he almost scored an own-goal, Livaković saved.

25 Hajduk awarded a corner kick. Nejašmić crossed a header to Svatok, whose attempt from 12 meters was blocked, Jairo's next attempt went wide.

12 Juranović took a corner kick, Caktaš crossed a header to Jairo who tried a bycicle kick but Livaković saved.

6 Leovac's free kick from 18 meters went over the goal.

1 The Croatian derby at Poljud has started, good luck Hajduk!