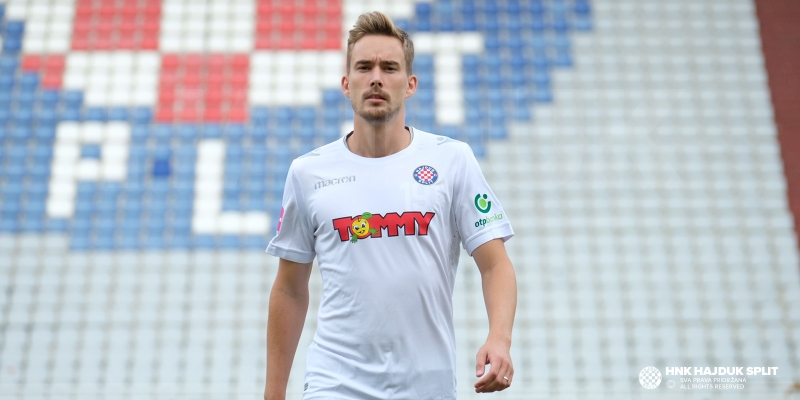 Filip's back: Finally everything feels right!

HNK Hajduk and Cagliari Calcio agreed a one-year loan of the player Filip Bradarić who is joining Hajduk as of today. This 27-year-old midfielder played 48 games for Hajduk so far, scored three goals and added four assists. He debuted for Hajduk's first team in July 2013 in the match Zadar - Hajduk (1:5) under coach Igor Tudor amd he played the last match in December 2014, when Hajduk beat istra 1961 5:3.

Filip Bradarić also played for Rijeka and Cagliari Calcio and he is the World Cup silver medalist with Croatia squad, for which he played six official games so far.

"This is a really emotional moment for me, after five years I'm finally returning home, to Hajduk, my Club, my city. It's where I started playing football and everything feels right finally. I've been closely following Hajduk all the time, I believe that I can help this team and I hope that together we can do big things. I can't wait to wear the holy white shirt and play for Hajduk" said Bradarić who is coming to Split tomorrow and he will again wear shirt number 28, just like he did until 2015, when he left the Club.