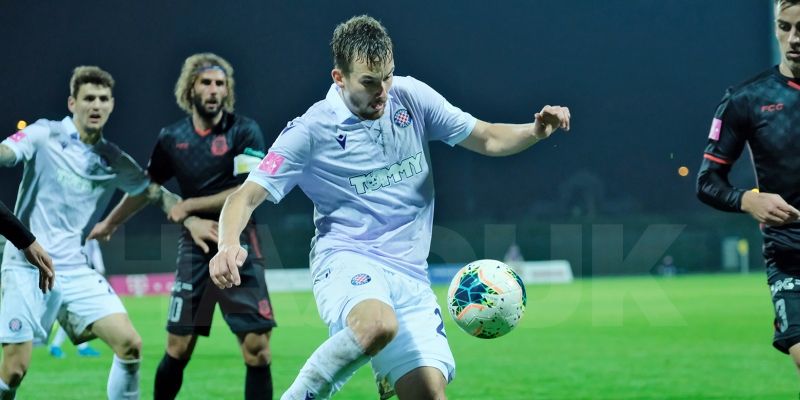 Filip Bradarić: We take full responsibility for what happened

Hajduk is no longer a part of this season's Croatian Cup after they lost the Round of 16 match with Gorica in Velika Gorica. The home team won 2.1 despite Hajduk's domination in the first half during which Gorica mostly defeated, while they scored from the first attempt on goal.

"We knew what we can expect here but only the result matters and we lost. We played the first half very well, we dominated those 45 minutes but once again we didn't score goals. We simply can't realize our chances in the last 20 meters, everything looks good but when we need to score, we disappear" said Filip Bradarić after the match and then commented the second half.

"We didn't start itin the right way, Gorica took us by surprise, they easily scored from the furst attempt on goal. Before that, our goal was disallowed, I don't know what happened to us. In only five minutes everything totally turned around, the situation is difficult and we take full responsibility for all that happened. On Saturday we will try to remedy this situation at least a bit, that game will be like the Champions League final for us" concluded Bradarić.

Hajduk and Gorica are playing another game this Saturday at the same stadium, it will be their HT First League round 14 fixture and we believe that it will have a different and positive result. That match will kick-off at 17:30.