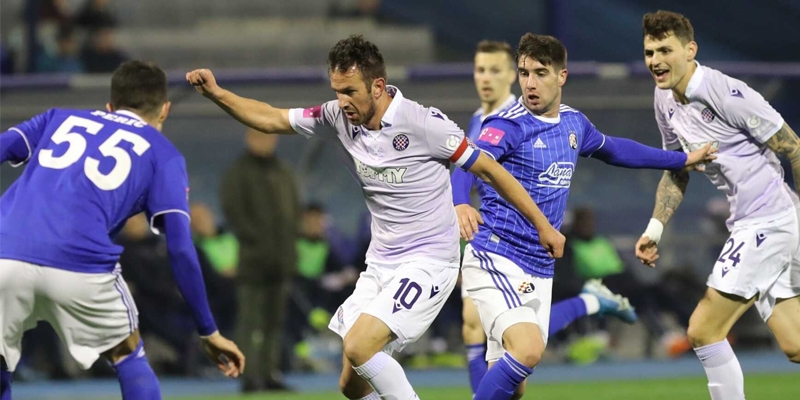 87 Dinamo making the last substitution: Atiemwen on, Oršić off.

78 Dinamo making the second substitution: Majer on, Ivanušec off.

74 Olmo shot from 18 meters, Ljubić saved. It was another great intervention of Hajduk's goalkeeper.

69 Simić tried a header following Caktaš's corner kick but it was not powerful enough to endanger Livaković.

46 The second half has started, no substitutions during half-time.

45 Penalty kick awarded to Hajduk because of Leovac's handball.

39 Ivanušec was in a good position to shoot, his attempt went wide.

36 Bašić crossed to Caktaš who was waiting in the penalty area, his header from 14 meters went wide.

17 Čolina crossed to Jurić, he didn't manage to shoot on target.

7 Petković had a good chance to score, he went one on one with Ljubić but Hajduk's goalkeeper saved his attempt from 10 meters.

1 The match at Maksimir has started, good luck Hajduk!