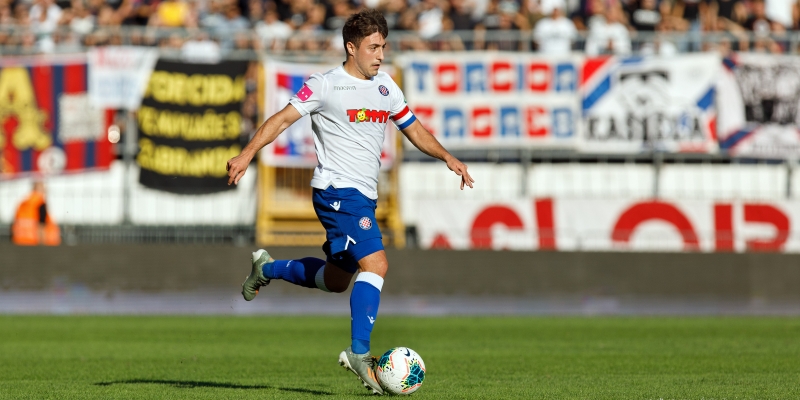 Captain Juranović: While they were celebrating, I scored a goal

Josip Juranović scored another goal and this one will probably be remember forever as a special one. Namely, while Slaven Belupo players were celebrating a non-existing goal in the centre of the field and on the bench, on the other side, Hajduk started a counter-attack that in the end resulted in another goal, scored by Hajduk's captain on Bassel Jradi's assist.

"I think it was one of the most bizarre goals that I saw. When I saw that they hit the goal post, I started to run, they were still celebrating and I scored. I never even thought that I might miss that chance".

Hajduk played a better first half but at the beginning of the second, there was an evident period when they didn't play well but in the end, they deserved these new three points.

"I think we played better in the first half in terms of tactics. We dominated possession all the time, they didn't even get into a chance. At the beginning of the second half we didn't play that well but we scored that second goal and the match was practically decided at that moment" said Juranović, who in the end congratulated Torcida their 69th birthday,

"Happy birthday to Torcida and many thanks for their support today".

"We can't wait for the first match with Gorica and we will show them that we are a good squad".