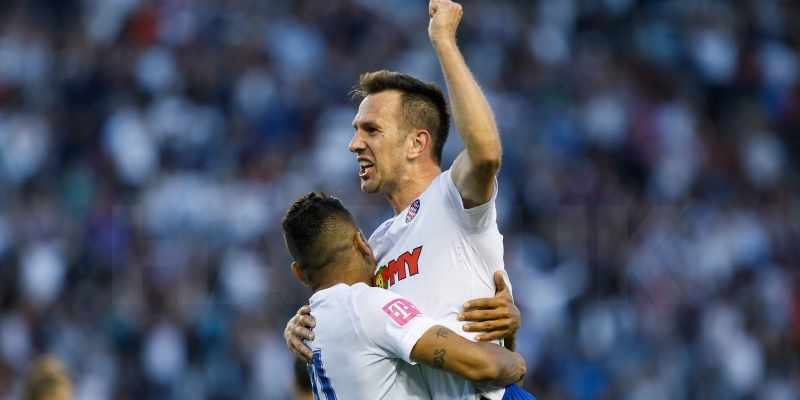 This season, Caktaš played 34 games (28 championship rounds) and scored 21 goal in all competitions, of which 19 in the national championship and two in UEL qualifiers. In the second half of the season, Mijo scored 14 goals and a total of 16 under coach Siniša Oreščanin.

After scoring a goal in the derby, he reached the 15th place on Hajduk's top scorer list and he now shares it with Zvonimir Deranja as both of them scored 66 goals for Hajduk in the official matches. In Croatian football league, he scored 52 goals and shares the high third place on Hajduk's championship top scorer list. Only Deranja (53)  and Erceg (81) scored more goals than Caktaš

Caktaš became this season's First League top goalscorer by playing 28 rounds. He scored the most goals to Rudeš, as many as eight, to Rijeka and Inter Zaprešić he scored three goals, two to Istra 1961 and one to Dinamo, Osijek and Lokomotiva. 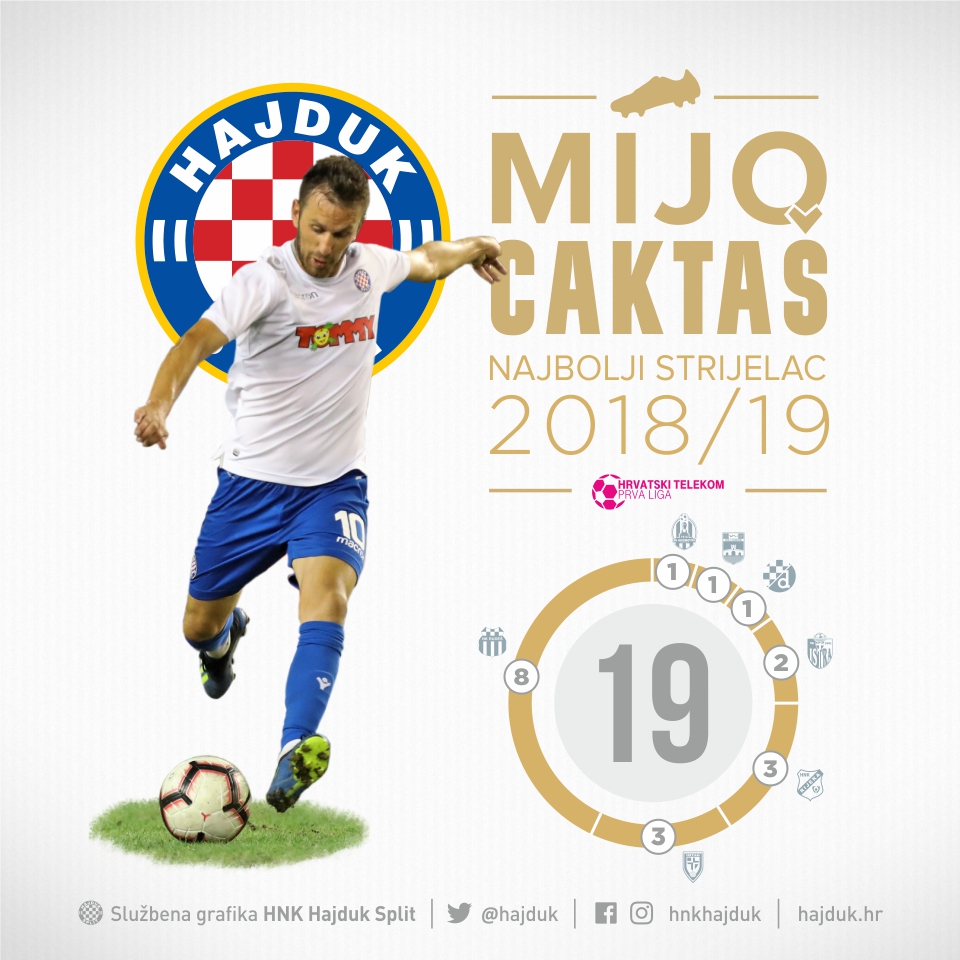 Out of 19 championship goals, he scored 16 non-penalty goals and three more penalties. He scored 10 goals with the right foot, five with the left and added four headers.

His teammate Jairo passed him most assists this season, five in total, while Adam Gyurcso helped him score three goals.

As far as for the First Croatian League, Caktaš scored the most goals in one season for Hajduk and he was also awarded Yellow Shirt, traditional best player of the season prize awarded by Sportske novosti daily newspapers.

More interesting facts about Mijo Caktaš's season are presented below.