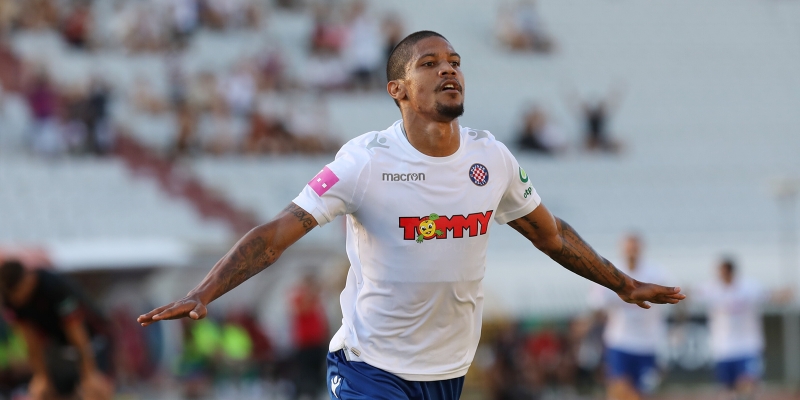 82 Hajduk's third substitution: Mario Vušković has just made his debut for the first team, Ismajli off.

69 GOOOOOOOOOOOAAAL 3:0 Josip Juranović! Captain took responsibility and he made a brilliant solo run sprinting into the penalty box, from where he passed the ball into the net.

67 GOOOOOOOOOOOOOOAAAL Hajduk leads 2:0, Jairo scored another goal. Eduok tackled and went one on one with Kahlina, he shot from 12 meters, Gorica's goalkeeper deflected the ball, Jairo was on the right place to score his second goal this evening.

59 Ndiaye fouled Dolček by the touchline. He was shown the second caution and sent off.

40 Jairo shot from a tough position from 13 meters, straight into Kahlina who easily saved.

30 GOOOOOOOOOOOOOAAAL Hajduk leads 1:0, Jairo scored! Juranović sent the ball back in the game, Jairo dribbled past Gorica defender in the middle of the pitch and left the ball to Hamza, who then ideally crossed to 12 meters, from where the Brazilian easily scored.

29 Dolček shot from 18 meters after a few quick passes by the penalty box, kahlina saved.

10 Eduok now missed a great chance to score for Hajduk's lead. Jairo passed him a ball at 11 meters but Kahlina saved his low attempt.

7 Caktaš passed to Kalik, Gorica's defender cleared the danger right before he wanted to shot.

1 The match at Poljud has started, good luck Hajduk!