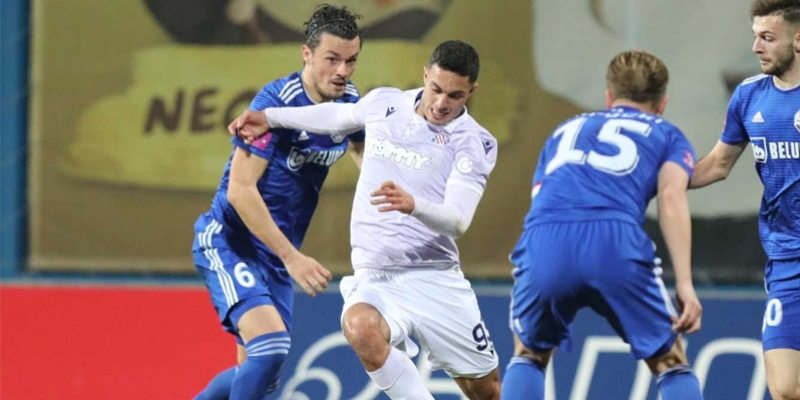 86 Jradi missed a great chance to score for Hajduk's lead. Jairo decided to unselfishly pass to his teammate Jradi who was in a better position in front of an empty goal, he tried a low shot but Paracki cleared the danger in the last moment. Corner kick for Hajduk.

57 Jradi's attempt from the verge of the penalty box went wide.

56 Goda fouled Jairo, he was awarded a yellow card.

52 Paracki alone in front of Posavec, Hajduk's goalkeeper came out as a winner.

46 The second half has started, no substitutions.

45+2 Glavčić's dangerous shot in the end went off target.

37 Jurić cautioned for a foul on Lima. It was his second caution today so Hajduk will have to continue this game with 10 men.

14 GOOOOOOOOOOAAAAAL! Hajduk leads 1:0! After a long VAR check, referee Igor Pajač awarded a penalty kick for Hajduk because of Božić's foul on Jairo . Before that, Pajač decided that it was a foul for Slaven.

5Slaven making the first substitution because of Etoundi's injury. Lima will substitute him on the field.

1 The match in Koprivnica has started, good luck Hajduk!