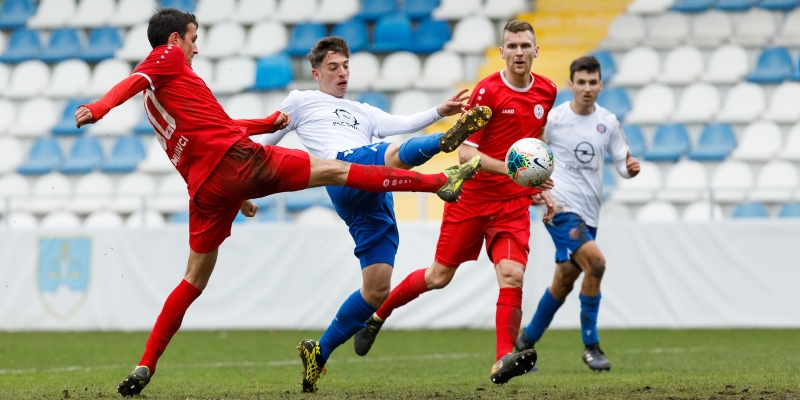 Hajduk II lost from Croatia Zmijavci 4:2 in the game that took place at Dugopolje stadium. In the 12th minute, the away team scored for a lead thanks to Mijo Šabić. In the added time of the first half, Croatia scored another goal, which was Mijo Šabič's second in the game. In the 49th minute, Hajduk scored for 2:1 thanks to Brbić, who scored on Bajić's assist. In the 65th minute, Hajduk scored an equalizer, this time goal scorer was Bajić. Soon afterwards, Croatia's Mijo Šabić scored a hat trick, while the final result was set from a penalty kick that took a place in the 79th minute, due to Batarelo's handball. Tomislav Mrkonjić scored for Croatia's 4:2 victory.